‘It’s a slap in the face’: Chambers reacts to Charter Review Committee 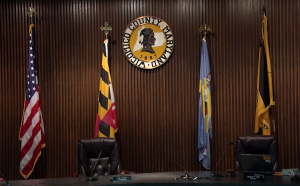 SALISBURY, Md. – In Wicomico County, County Council members named members of the new Charter Review Committee but not everyone is pleased with the way that’s being handled.

The Charter Review Committee is a group that reviews the county’s charter, looking for any changes or adjustments that need to be made. The committee is formed every ten years who then does that work.

This year, Bill Chambers, from the Salisbury Area Chamber of Commerce, is named as an alternate to the committee. That’s something that he says doesn’t do the business community in the area any justice.

“It’s like kissing your sister, being an alternate to the committee does not allow the chamber a voice, does not allow us a vote, so it is truly a slap in the face to businesses in Wicomico County,” Chambers said.

In total, fifteen people will be named to the committee with eight alternate members.

Coucilman John Hastings said he wanted more representation from the business community, but that as a whole, the charter review committee was formed through County Council Consensus. Meanwhile, Councilman John Cannon told 47 ABC role of the committee is not to represent certain factions in the county, but rather to understand how the government functions legally and what that entails.