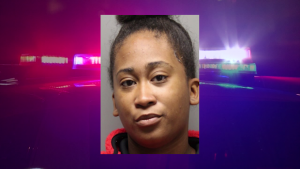 ELLENDALE, Del. — Delaware State police arrested a woman after she reportedly assaulted another woman and sprayed her with pepper spray.

Police say after arriving to the scene, they learned that 24 year old Aliseya Cephas of Bridgeville, got into an argument with a 25 year old female at the residence.

When the other women attempted to leave in her car, police say Cephas confronted her again and assaulted her with pepper spray. Officers took Cephas into custody where she was later charged with assault in the 2nd degree, possession of a deadly weapon, and aggravated menacing.

Cephas was arraigned in Justice of the Peace Court #2 and released on $10,000 unsecured bond.

TidalHealth announces visitation changes due to increase in COVID-19 cases