POCOMOKE CITY, Md. – Maryland State Police confirm the Pocomoke man wanted in connection with the murder of a Wicomico correctional officer lives on the street where the victim’s body was found.

An autopsy determined Lesa Renee White was fatally shot. Her body was found Wednesday, January 6, at a home in the 14-hundred block of Snow Hill Lane. William Strand is still wanted for questioning in this case and has a warrant out for his arrest in a separate attempted murder case. Strand was reportedly last seen driving a 2014 Chevy Malibu with Maryland license plate 5DP3127. 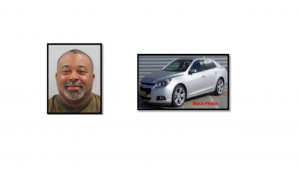 “It’s very early in the investigation. Our homicide unit is looking into all aspects of this investigation and seeing what connections the victim may have to Mr. Strand or anyone else associated with this case,” says Ronald Snyder with Maryland State Police.

Investigators say Strand may still be in Pocomoke City or in eastern Virginia hiding out in nearby woods or out buildings.

If you have any information about this case or where 52-year-old William Strand may be, you’re asked to call Maryland State Police at 202-510-2847.