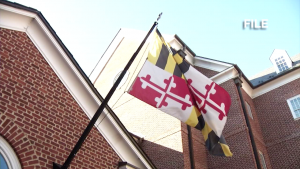 MARYLAND – A bill heard by the Maryland State Senate’s Judicial Proceedings Committee on Tuesday would increase penalties for certain negligent drivers if it’s passed. Under current law, criminally negligent drivers who cause life-threatening injuries face a maximum punishment of a $500 fine. Senate Bill 17, or Wade’s Law, would increase that penalty to 18 months in prison or a $5,000 fine.

State Senator Mary Beth Carozza says increasing the penalty would help to better serve justice for victims and their families. “That same criminally negligent driver only faces points on their driver’s license and a small fine, and does not even have to appear in court. That simply is unjust and should not stand any longer,” said State Sen. Carozza.

The idea for the bill first came about back in 2016 after two Worcester County road workers were hit by a criminally negligent driver. The crash killed Scott Tatterson, and left Wade Pusey with several life threatening injuries. The driver could only be fined $500 at the most for Pusey’s injuries. “My parents always taught me that if you believe in a just cause or action, then you keep working it, not for yourself, but for people like Wade Pusey and his family,” said State Sen. Carozza.