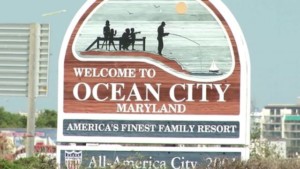 OCEAN CITY, Md. — The Ocean City police say they have closed the case regarding the dead body found on the beach on October 27th, 2020.

The Office of the Chief Medical Examiner of Maryland says they have ruled the cause of death as a suicide. Detectives assigned to the Major Crimes Unit were able to positively identify the deceased and determined there was no evidence of a criminal event during their part of the investigation. According to officials, the deceased was a 76-year old man from Ocean City.

On Tuesday, October 27, 2020, Ocean City police started the investigation regarding the death of an unidentified man after a Public Works employee reportedly discovered the body in the surf just off of 14th Street. According to authorities, Public Works crews, who were surveying the beach due to the recent oil spill in Delaware, reported finding the 76-year-old at around 7:15 a.m.

Detectives of the Ocean City Police Department, Criminal Investigation Division – Major Crimes Unit responded to the scene to take over the investigation. The body was transported to the Office of the Chief Medical Examiner for an autopsy where the cause of death was ruled a suicide.