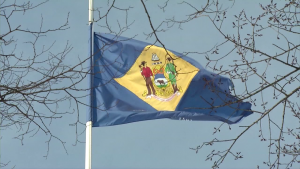 DELAWARE – A new juvenile justice reform bill is on the table in Delaware, set be considered in the upcoming legislative session, but not everyone is on board with the proposed changes.

“We are all better than the worst mistakes we’ve ever made in our lives,” says Mike Brickner, the executive director of the ACLU of Delaware.

Brickner says the ACLU of Delaware supports House Bill 26. The legislation addresses juvenile justice reform and was introduced Friday. “We want to make sure that we are doing everything we can to help that person turn their life around,” says Brickner.

House Bill 26 would end youth incarcerations in adult prisons, something the ACLU says may help juvenile offenders get the specialized resources they need to be rehabilitated and even save tax payer money.

“In order to house a young person there, there have to be certain steps that need to be taken to ensure the child is kept separate from the adults in the facility and to protect them from abuse and corruption and that often times costs a lot of money,” says Brickner.

However, one Delaware representative believes this bill is approaching the situation as a one size fits all for anyone under a certain age. “I think it’s a broad brush that we’re just going to change the age and change where they may be being maintained whether it’s a detention center and it’s going to change and I think it’s much deeper than that,” says Delaware Rep. Ruth Briggs-King.

Meanwhile, another Delaware lawmaker says it’s too early to tell if the bill has the potential to pass but acknowledges the prison and justice system needs some overhaul. “We have to address some of the major philosophical issues when it comes to prison reform that we have not been real effective in doing do,” says Delaware Rep. Tim Dukes.

In response to the proposed bill, Delaware Attorney General Kathy Jennings says, “The fact is that the current system is designed for adults, not juveniles, and neither the offenders nor the system itself are set up for success under the status quo. If we want to reduce recidivism and start rehabilitating juvenile offenders effectively – and I believe that we must – then these kinds of reforms are not only right, but necessary.”

The ACLU of Delaware says they also support reform including increasing the age that juveniles can be kept in youth facilities to as high as 23-years-old.

The Delaware Legislative Session is set to start virtually on January 12, 2021.