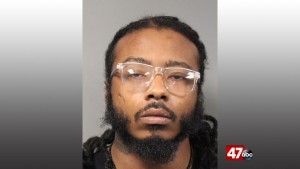 Police say around 10:30 p.m., officers approached Reeves who was inside of a vehicle on Stevenson Drive and noticed a strong odor of marijuana. Police found Reeves was in possession of 44.8 grams of marijuana, $1,916 in suspected drug proceeds and a short barrel AR-15 with no serial number.

Reeves was subsequently arrested and charged with: carrying a concealed deadly weapon, possession of firearm/ammo by person prohibited(3x) possession with intent to deliver marijuana and possession of a firearm during commission of felony.