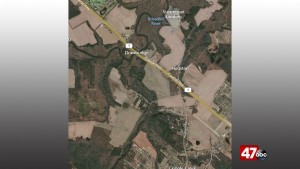 Police say around 7:20 a.m., a white 2006 Ford F250, driven by a 22-year-old man of Bethany Beach, was traveling northbound on Coastal Highway approaching the Broadkill River Bridge. The vehicle reportedly traveled off the road and into the median and struck the guardrail on the highway’s southbound side.

Troopers say after colliding with the guardrail, the F250 flipped multiple times, and entered into the southbound lane of travel, and collided with an orange 1994 Ford Mustang driven by a 17-year-old boy of Lincoln, DE. We’re told a white 2006 Chevrolet Impala driven by a 56-year-old man of Milford was traveling behind the Mustang and struck the guardrail in response to the crash.

The drivers of the Ford F250 and the Ford Mustang were taken to local hospital with serious injuries. Their conditions are currently unknown.

Anyone with information should contact Tpr. A. Stimac with Delaware State Police Troop 7 by calling 302-644-5020. Information may also be provided by calling Delaware Crime Stoppers at 1-800-TIP-3333