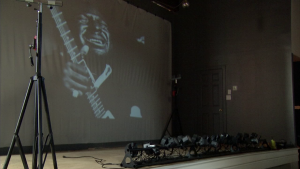 BERLIN, Md.- The founder of Burley Oak Brewery, Bryan Brushmiller, says that he is committed to preserving the legacy of The Globe restaurant after the recent soft opening of the popular Berlin hotspot.

They’ve added craft beers, cocktails, a new design, a tiki bar and a stage for live entertainment. The owner and his team have revamped The Globe while still maintaining all the best qualities of this notorious restaurant.

Brushmiller says that he wanted to bring the feel of the theatre back and continue to do what he does best: make people happy with beer and food. He believes that the closing of this restaurant worried many faithful customers, but he saw a great opportunity to contribute to Berlin and keep the legacy of The Globe alive.

“We had Octoberfest on Saturday, that was really amazing, we saw that everything worked that we built so that was fun to build something and then we were able to serve a lot of people and make them happy,” says Brushmiller.

They have a BBQ inspired menu which involves a freshly smoked pig every Thursday. Coming November 1st, The Globe will introduce its first ever food library where customers can participate in experiences like beer and whiskey dinners all while learning about food.