October is here and it’s starting off on the warm side, but will it last? I’ll get to that soon, but first let’s look back at September.

Precipitation wasn’t all that impressive, especially when you compare it to the record breaking August where nearly a foot of rain fell in Salisbury. September had 4.27″ of rain which is right around average.

Looking ahead, it does appear that autumn temperatures will return, especially between the period of October 2nd – October 10th. The Climate Prediction Center has Delmarva “Below Average” for that period. Then it looks like temperatures may climb above average again. Stay tuned. 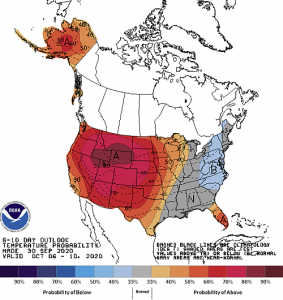 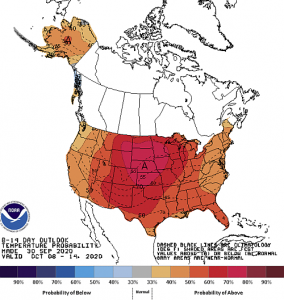