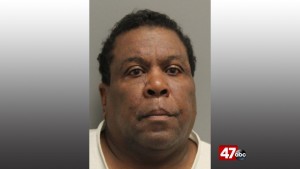 DOVER, Del. – Police say a Dover man is facing felony criminal charges after he reportedly assaulted a woman at a home on Sunday morning.

Delaware State Police responded to a home on Hickory Lane around 9:15 AM. They learned that Edwin Berry allegedly got into an argument with a 59-year-old female acquaintance. The argument apparently escalated and police say Berry choked the woman. Officers say they tried to contact Berry as he behaved in an aggressive and threatening manner before he got into a physical confrontation with the officers and actively resisted arrest with force.

Berry was arraigned in Justice of the Peace Court #7 and committed to Sussex Correctional Institution on a $14,000 secured bond. No medical attention was required for Berry or the officers. Police did not give details about the current condition of the victim.