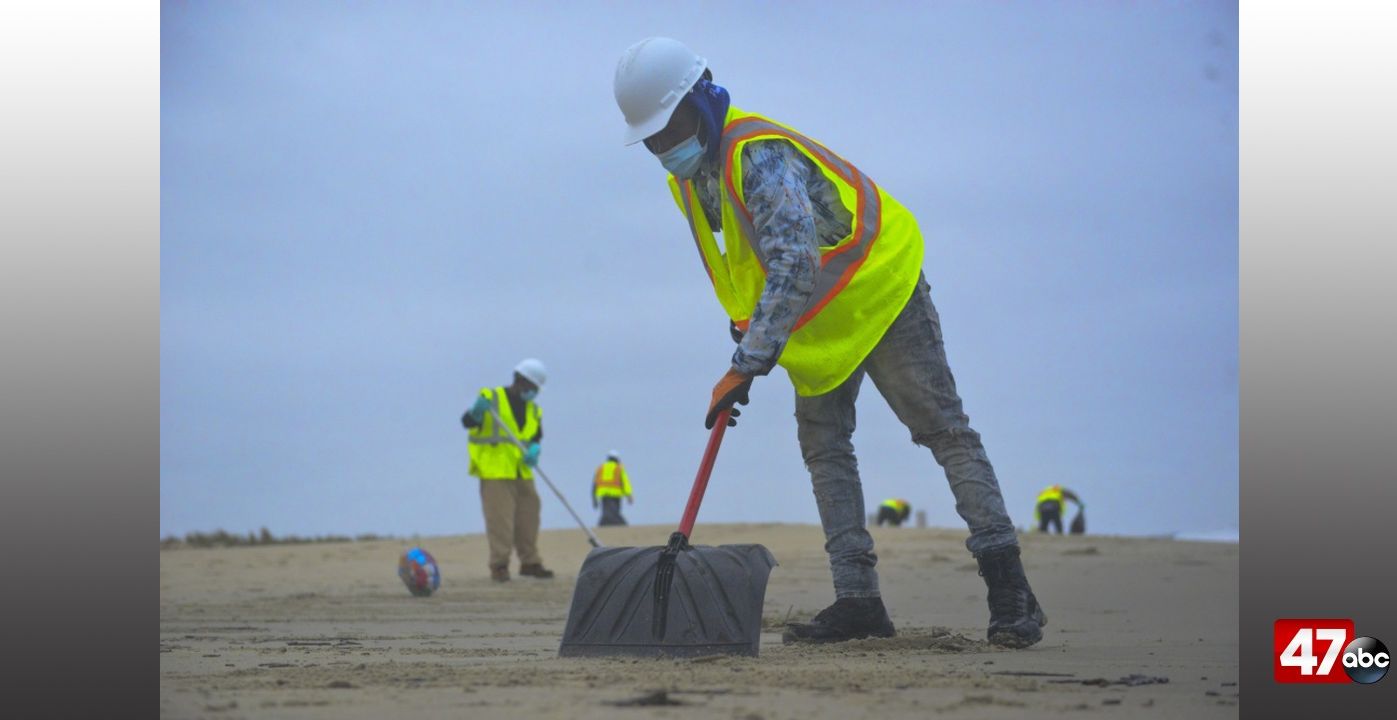 MILFORD, Del. – The cleanup of an oil spill continues Monday, one week after oil patties first washed ashore on Broadkill Beach and began migrating to other Delaware beaches on the Delaware Bay and Atlantic Coast.

We’re told about 55 tons had been successfully recovered through Sunday afternoon, under the management of the unified command consisting of the U.S. Coast Guard and Delaware Department of Natural Resources and Environmental Control. This amount is enough to fill four construction dumpsters according to officials.

DNREC Secretary Shawn Garvin says the job of removing oil from the beaches is challenging and labor-intensive, but teams are getting more and more off the beaches every hour of every day.

Officials say more than 100 personnel have been working on the cleanup operating daily over most of the last week. Surveys over the weekend found small globs of oil and oily debris scattered from Slaughter Beach to the north side of the Indian River Inlet. An information advisory originally issued for bay beaches last week was extended to numerous ocean beaches, including Slaughter Beach, Fowler Beach, Prime Hook Beach, Broadkill Beach, Lewes, Cape Henlopen State Park, Rehoboth Beach, Dewey Beach, and the Indian River Inlet.

The towns of Lewes and Dewey Beach closed their beaches temporarily due to the oil that washed up on shore, some of it settling into a gravel-like substance known as tar balls. In addition, the 4-wheel drive surf fishing crossing at Delaware Beach Plum Island Preserve also remains closed so cleanup operations will not be hampered by vehicles tracking oil onto the sand.

The unified command has also received additional reports of oiled birds, totaling 66 to date. Tri-State Bird Rescue & Research of Newark is investigating the reports and treating wildlife that have been oiled in the water.

The Coast Guard and DNREC are continuing to advise the public not to handle any oily product found or try to assist affected wildlife along the shore, but the report the findings to DNREC’s environmental hotline at 800-662-8802.