Police investigating a stabbing in Dover 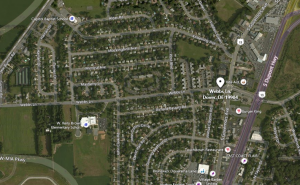 Troopers were called to the apartments on Webbs Lane around 9pm on Sunday.  When they arrived they found a male, 17-year-old with a stab wound. Police say the victim got into a fight with another unknown male subject. The victim was then stabbed once into the abdomen.  There is no further information on the subject.

The victim was transported to a nearby hospital and was treated for non-life threatening injuries.