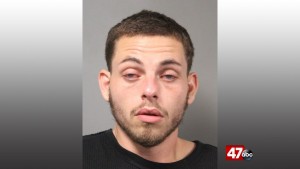 DOVER, Del. — Dover Police say they arrested a man after he tried to rob the Zales jewelry store in the Dover Mall Friday morning.

Police say just before 11:45 a.m., 25-year-old Mazen Faraj, entered Zales and revealed a purple and silver handgun, while demanding jewelry from an employee.

Reports say  the employee refused to give up the money and Faraj fled the store on foot, but remained inside of the mall.

Police were able to locate him and took him into custody despite him resisting arrest. Faraj was still in possession of the firearm used in the robbery when he was arrested.

The 25-year-old is currently being held at Howard R. Young Correctional Institute on a $157,000 secure bond.