Troopers investigating crash that killed an 18-year-old in Bridgeville 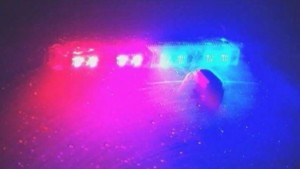 BRIDGEVILLE, Del. – Delaware State Police are continuing to investigate a fatal crash that occurred Thursday morning. Police say around 11 AM, an 18-year-old man was driving his Nissan Sentra on Redden Road heading towards a curve, when he ended up hitting a 57-year-old woman driving a Ford Fusion head-on after failing to negotiate the curve. Police say after impact, the Nissan overturned onto its roof, and the 18-year-old driving the car was partially ejected after not having his seatbelt on. Officials say the 18-year-old was pronounced dead at the scene. Police also say there were five other passengers in the victim’s Nissan, ranging from 19 to 20 years old. Troopers say four of those passengers were not wearing their seatbelts. Three of them sustained serious injuries. All four passengers were taken to a local hospital to be treated for their injuries. The fifth passenger was wearing her seatbelt and sustained non-life-threatening injuries, and was taken to a hospital where she was treated and later released. Police say that the other 57-year-old driver was wearing her seatbelt as well and was taken to PRMC where she was admitted with serious injuries. Officials add that the crash remains under investigation.

Eastern Shore Running Club kicks off the 4th of July