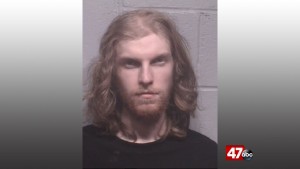 Police say on Friday at around 4 a.m., 21-year-old Colin Heckman of Milton fired multiple gunshots near the corner of 6th Street and Washington Lane, two of which struck a male victim.

Detectives believe the shooting happened as a result of a confrontation between two groups.

We’re told the victim was taken to PRMC in Salisbury, and was treated for non-life threatening injuries and released shortly after.

Heckman is currently in custody at the Ocean City Police Department waiting to be seen by a District Court Commissioner.

The investigation into this shooting is still ongoing. Anyone with information regarding the incident is asked to contact Detective Perry at 410-723-6604 or the OCPD crime tip hotline at 410-520-5136 for those who wish to remain anonymous.