SMYRNA, Del.- In the 2020 DIAA D1 and D2 wrestling championships, Woodbridge made their first ever appearance but was unable to take down Caravel in D2. In the D1 matchup, Smyrna took on Milford in an instant classic.

In D2 and their first ever state final appearance, the Blue Raiders took their first match in the 160’s behind a 7-2 decision over Matthew Duarte. After taking a 3-0 lead, the wheels fell off for the ‘Bridge. They were outscored 57-4 in the final 13 matches to fall to Caravel 57-7. 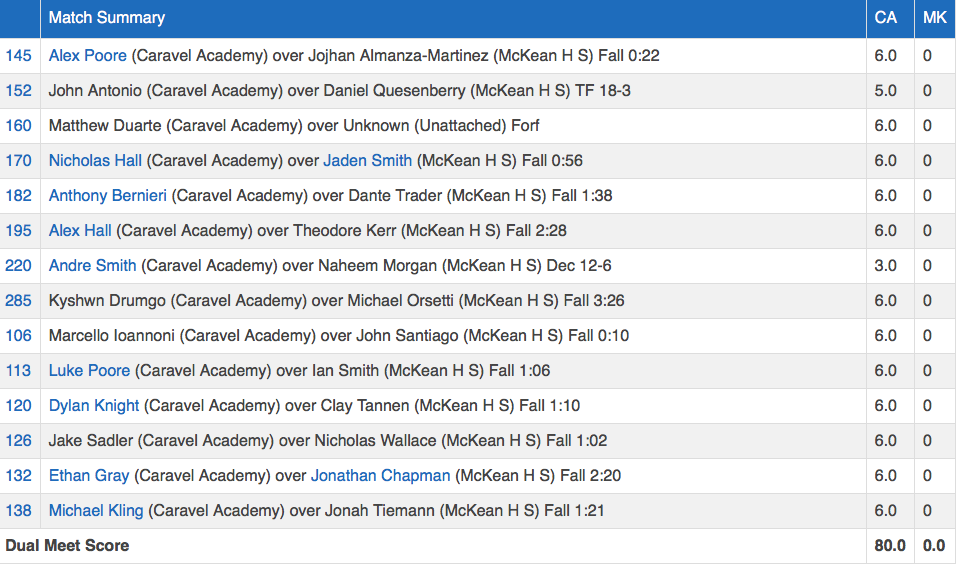 Over in the D1 matchup, the two defending state champion teams doing battle with Milford moving from D2 to D1 in the offseason. The teams were neck and neck, the largest lead by either team was the Buccaneers leading 34-27 with two matches to go. From there the Eagles needed a pin and a decision to make a comeback and it started out well for the number one team in Delaware. In the 145’s, Joseph Natarcola got the pin in the second period of his match. Down just one headed into the final match, the Eagles looked to Bryce Mullin in the 152’s to be the hero, midway through the second period, Mullin was able to get the reversal for two. In the final seconds of the third and final period down two, Milfords Ryan Mejia got a reversal of his own to force overtime. In overtime the rules are simple, get a take down and you win. With all of the momentum, Mullin was able to get his arms around Mejia’s legs and took him down to complete the comeback for the Eagles. Smyrna wins their second straight DIAA D1 state wrestling championship 36-34. 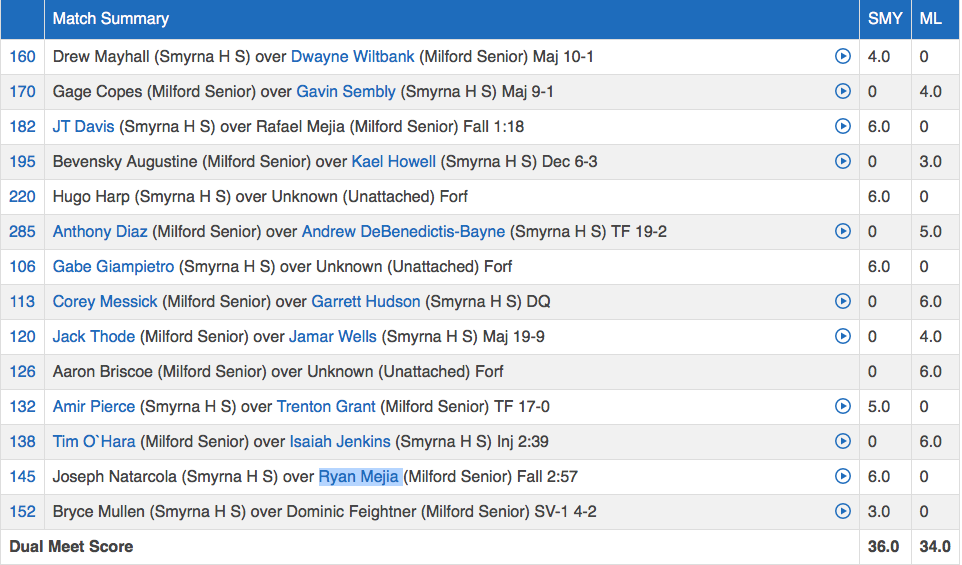 "Less is no longer acceptable:" HBCU's write letter to encourage passing the Build Back Better bill