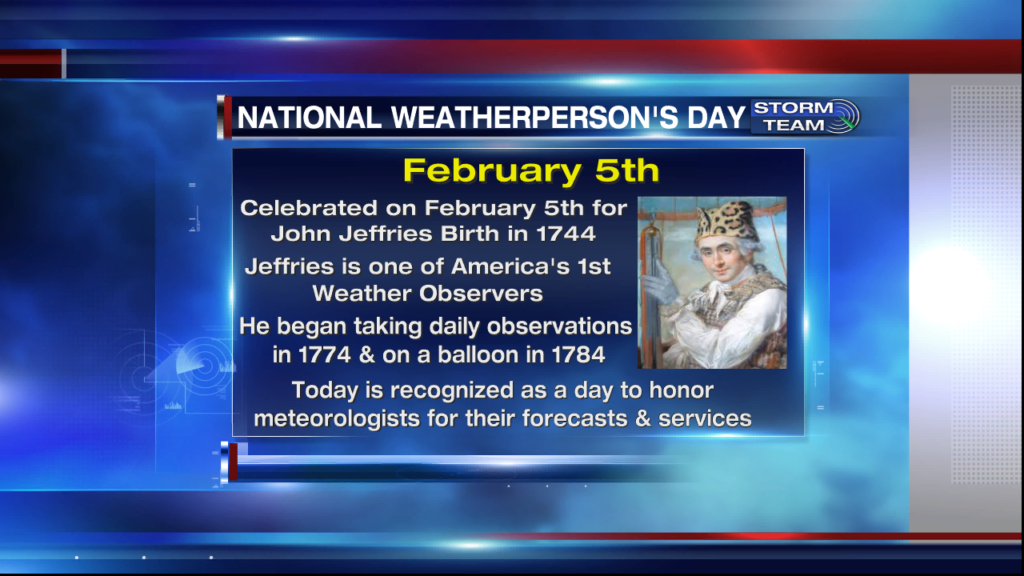 Today is February 5th, and while it may seem like a normal day, its a big deal for us meteorologists. The reason is that because today is National Weatherperson´s Day.

National Weatherperson’s Day is celebrated today because of John Jeffries’ birth in 1744. Jeffries is one of America’s first weather observers, but also considered to be America’s 1st weatherman. His main profession is of a physician/surgeon who sided with the British before and during the American Revolution. His weather contributions began as early as 1774, taking daily weather observations in Boston. His weather practices involved taking measurements up to 3 times through 1776, where he fled to Nova Scotia. Jeffries did return to America in 1780, at the time he was listed in the Massachusetts Banishment Act before moving to London.

Years later, he took weather observations from a balloon in 1784, flying 9,000 ft over London with a thermometer, barometer and hygrometer on the flight. The following year, he and French inventor Jean-Pierre Blanchard became the 1st 2 people to fly across the English Channel in a balloon. Jeffries returned to Boston in 1790 without the enforcement of the Massachusetts Banishment Act and stayed there, to which he recorded daily weather observations through 1816, before dying in 1819. 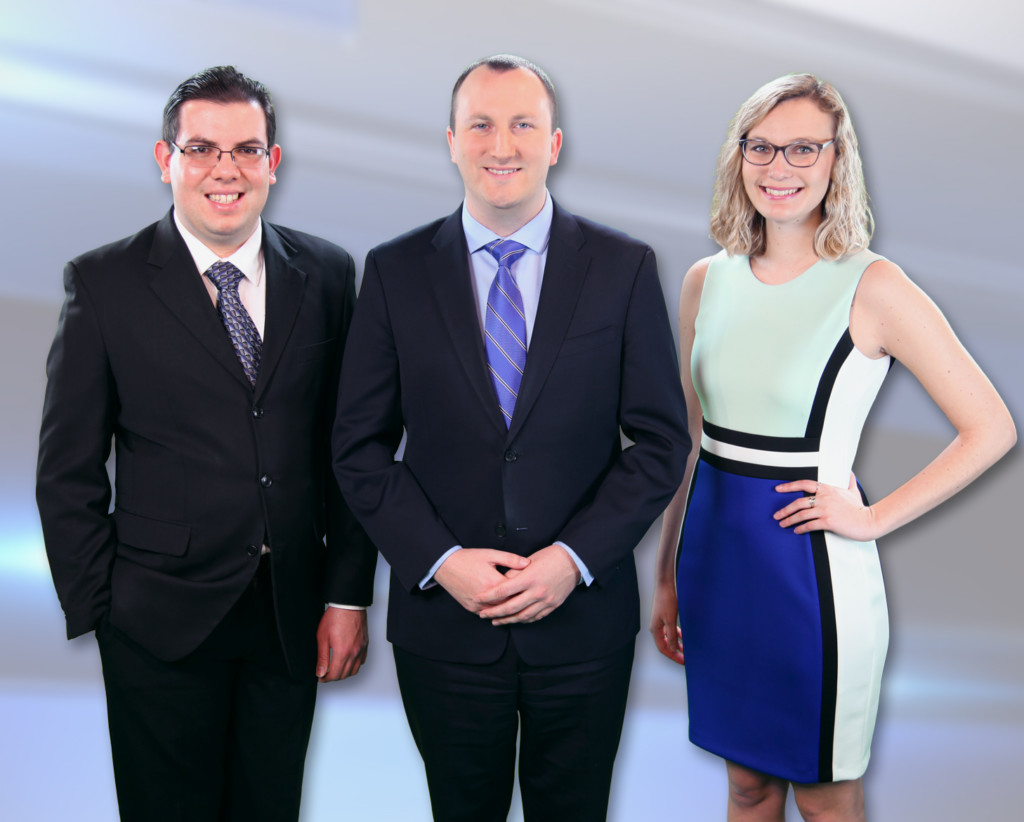 Today is important to the meteorological world, because we thank all men and women in this field. This consists of the National Weather Service providing forecasts and warnings, or private companies who use the information from the NWS to customize a forecast for a specific client like aviation, oil companies or etc. It also includes our broadcast meteorologists who relay NWS warnings and watches during hazardous moments, but are also our trusted and visible faces of weather. Lastly, we cannot forget our storm chasers who endanger their lives to get in the inside scoop of a storm, our emergency management officials and our local volunteers who either provide measurements and storm reports.