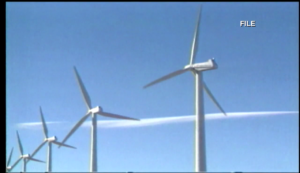 OCEAN CITY, Md. – “We’ve only got one chance to make this right. Once they’re built, they are built,” said Ocean City Mayor Rick Meehan.

The Town of Ocean City is once again speaking out voicing their concerns about proposed windfarms that are looking to be built off the town’s coastline.

Currently, two companies, including US Wind, are seeking permission to install wind turbines as close as 13 miles off of Maryland and Delaware’s coastline. But town officials say the most recent proposals for these turbines, including the height which would stand between 600 to 800 ft tall, has the town worried.

Now, the town is looking to hold a public hearing Saturday for the public to come out and voice their ideas or concerns in hopes of getting these turbines moved further offshore. But some residents say they’re not bothered by the proposed placement.

“I think it’s a good thing. Clean energy. And you won’t be able to see it from the beach,” said resident Mark Bosse.

Developer US Wind tells 47 ABC they’re required to use bigger turbines to comply with their specific conditions.

“By choosing the best available technology meaning the turbines that are currently on the market, not the ones on the market in 2016, we are complying with the condition that requests us to minimize the use of the impact,” said Country Manager for US Wind,  Salvo Vitale.

And while they don’t negate the positive impacts these wind farms will bring,  Ocean City officials say they still want to protect what’s most valuable to them.

“We support clean energy, we support the economic benefit, we support the jobs they can bring to the area into the state of Maryland but not at the expense of the viewshed of the town of Ocean City,” said Meehan.

The ‘Save our Sunrise’ public hearing will take place Saturday, at noon at the Roland E. Powell Convention Center. If you are unable to attend, click here for a link to find where you can submit a written comment online.

South Korea says 12 North Korean warplanes have flown near their border, prompting it to launch warplanes in response