Our Most Recent “White Christmas” Story

Twas the night before Christmas, and all through Delmarva towns, were whispers that a white Christmas would keep away all the kids frowns. The forecast called for some snow on Christmas Day 2010, and snow is what it did, but how long had it been?

December 25, 2010 hasn’t been officially classified as a “White Christmas” because there wasn’t at least one inch of snow on the ground at 7:00 AM that day. That is the classic definition of a White Christmas. It did snow later that day, and continued into the next day, eventually dropping 4-10 inches of snow across the peninsula. It turned out to be a blizzard across New England, but most of the snow fell the day after Christmas on Delmarva. Below is a look at total snowfall from that storm. 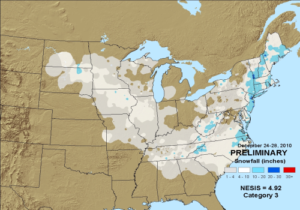 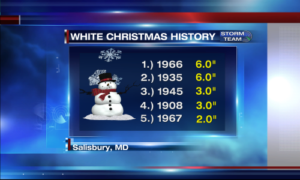 The chance of Delmarva actually having a White Christmas is quite low (less than 10%), so they are very rare. And that makes sense since 1989 was our last one. 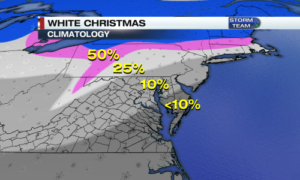 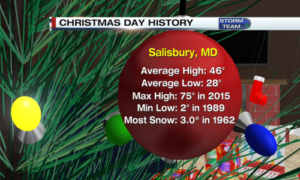 This year we’re expecting a mostly sunny and mild Christmas Day with a 0% chance of a White Christmas. Christmas Eve Night will be a cold one as Santa delivers all the gifts. But watch out for 47 ABC Meteorologist Elves dancing around in the sunshine. It could get pretty crazy! 😉 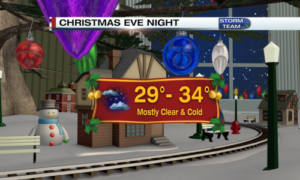 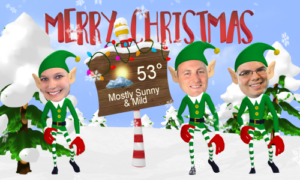 Although we’re not expecting a White Christmas this year, I’m sure Delmarva will still be full of good cheer. Santa will still do his thing and exclaim as he drives out of sight, “Happy Christmas to all, and to all a good night!”