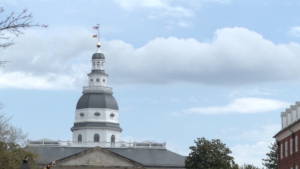 SALISBURY, Md. – As 2019 comes to a close, a new legislative session is on the horizon and lawmakers are preparing to head back to Annapolis on January 8th for a full 90-day session.

“This year the legislature has early signaled that they want to pass significant change with education,” Maryland Delegate Chris Adams said.

Education is expected to be a key area for the upcoming legislative session, and when we talk about education in Maryland, we have to mention the Kirwin commission.

“The Kirwin commission is a commission that was established a few years ago look at how money is spent in the state, different mandates that the state May require in the county level,” Adams said.

It’s a topic that some Maryland delegates say will definitely come up, but is sensitive.

“It’s a delicate balance between making sure we educate the next generation, but then also making sure they have a nice quality of life economically as well,” Delegate Carl Anderton said.

While education will be a key issue in the next session, it won’t be the only topic delegates are debating come January.

“There will be many, hundreds, absolutely, we could sit here all day and name them,” Anderton said.

Some discussions will be about issues that impact communities right here on the Eastern Shore.

“A lot of it will be transportation related, and there will be some topics around poultry, that’s always an issue, the environment of course is always something that we need to strike a delicate balance with,” Anderton said.

Some discussions will even be specific to Salisbury.

And those delegates say that they’re looking forward to heading back over the bridge.

“I’m blessed, I am blessed and completely humbled and honored beyond all imagination to be able to go serve my neighbors in Annapolis every year, there’s not a moment of this that I take for granted,” Anderton said.

This upcoming session will also bring a historic change, as Adrienne Jones will be the first African American and female speaker of the house. Both Delegate Adams and Delegate Anderton say they’re excited to work with Jones in the upcoming session. Jones is replacing former speaker Michael Bush, who passed away in April. And Maryland Delegate Sheree Sample-Hughes is also prepping for her role as speaker pro tem, which means she will take over and lead the House chamber during floor sessions when Jones is not there.