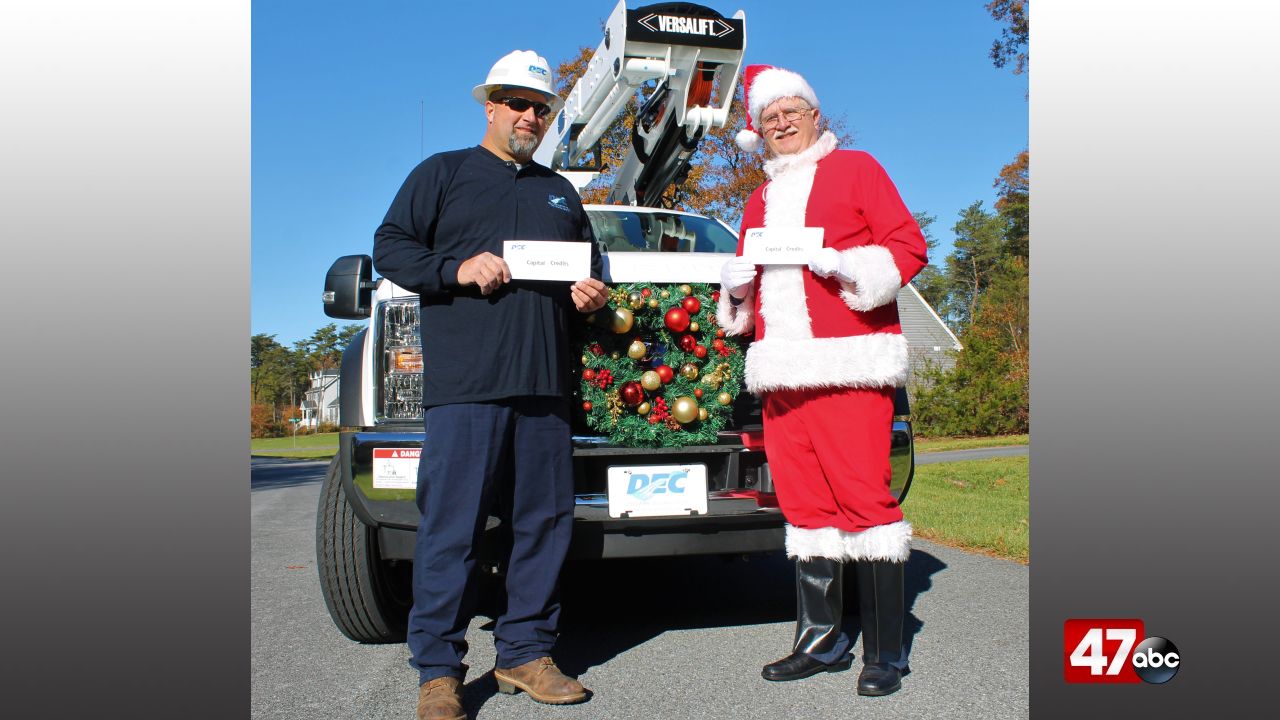 GREENWOOD, Del. – Delaware Electric Cooperative announced on Monday than they will return $6.3 million in capital credits to its members in December.

DEC says they expect to distribute checks or billing credits to over 60,000 members this holiday season.

“We hope the return of millions of dollars to members will brighten the holiday season for thousands of people in Delaware. The annual refunds we provide to members highlight a major advantage of our not-for-profit business model. We’re focused on people, not profits,” said Bill Andrew, President and CEO of DEC.

DEC also says that newer members who were not served by DEC in 2008 will eventually receive capital credits, but it may take a few years.