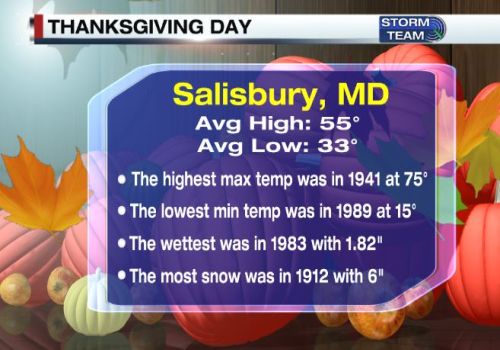 The climatology for Thanksgiving dates back over 110 years to 1907 and since then the holiday is mostly dry and mild. The average high for Thanksgiving is 55° with an average low of 33°. The warmest high occurred in 1941 with a sizzling temperature of 75°, while the warmest low of 56° took place in 1983. The coldest Thanksgiving occurred in 1989 as the high climbed to the freezing mark of 32° with a frigid low of 15°.

Highs above 50° have been achieved a whopping 77% (85/111) of the time, with 50s & 60s being the most common high temperatures  happening about 71% (79/111). Based on those statistics, highs are usually average to above average on Thanksgiving.  However, there has been only 7 times or 6% with highs in the 30s. Lows on the other hand tend to fall average to below average, with the heavily featured 20s taking placing 45 times or 41%, with 30s happening about one-third of the time. 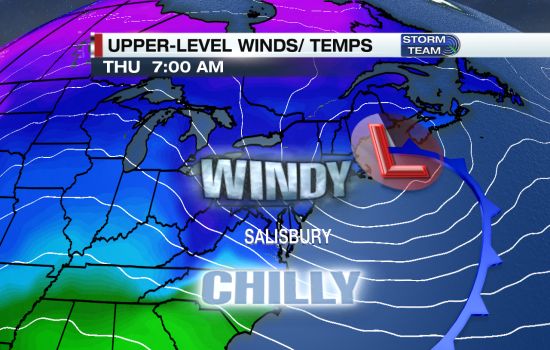 Measurable rainfall is recorded about a third of the time; with the wettest Thanksgiving taking place in 1983 at 1.82”. The most common amount of rain is typically less than a quarter of an inch of rain. Snowfall is very rare with measurable amounts happening about 3% of the time; with the largest snowfall happening over a century ago in 1912 at 6.0” and the most recent in 1989 at 3.0” for 2nd snowiest.

Last Thanksgiving was a cold one on Delmarva, as highs reached the upper 30s. This was the 7th time Salisbury experienced a Thanksgiving with highs in the 30s, at 39° specifically. What made the holiday even colder, was the rather breezy conditions, due to a cold front that arrived the night prior. Wind gusts neared 30 mph on Thanksgiving, and despite that sunshine, wind chills were mainly stuck in the 20s and lower 30s. The low temperature for Thanksgiving occurred late that night, as Salisbury tumbled down to 24°; continuing the frigid trend of lows for the holiday. 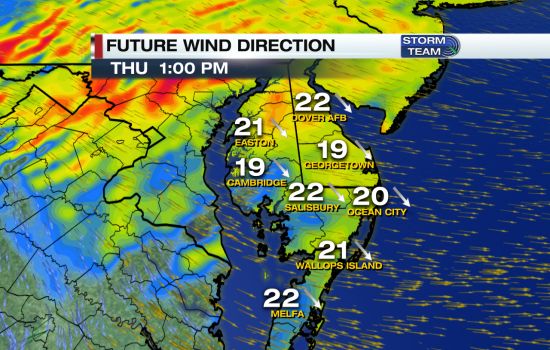 Another cold front is expected this year, which will arrive on Wednesday; but this year’s front will not pack a big punch like last year, when it comes to the thermometer. However, this Thanksgiving is going to be windier than last year, as a powerful low pressure swings over the Northeastern United States. Wind gusts from Wednesday afternoon through Thanksgiving afternoon can reach up to 45 mph, while sustained winds will be between 15-25 mph. Temperatures for the holiday will be cool in the upper 40s to low 50s, with lows dropping into the 30s, as the winds begin to relax by dinnertime. Wind chills are likely expected to be in the upper 30s to low 40s during the day, under mostly sunny skies.

Have a safe & Happy Thanksgiving!