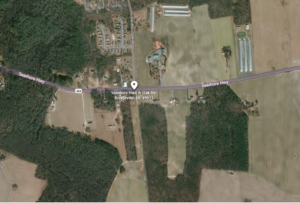 Police say it happened just before 1 p.m. today when a Jetta attempted to make a U-turn on Seashore Highway, but was struck by a pickup truck.

The driver of the Jetta and four passengers inside the car were all transported to area hospitals with serious injuries.

The driver of the truck did not sustain any injuries.

The highway was closed east of Oak Road for about three hours while the crash was investigated and cleared.

Police are continuing to investigate this crash.