Dorian plans to straddle the Southeast coast this week

Hurricane Dorian has unfortunately made history today, as the 2nd strongest hurricane in the Atlantic Basin for wind speed. Dorian is also the strongest hurricane to landfall the northwestern Bahamas. Wind speeds as of the 5 PM Advisory were at 185 mph sustained, with gusts of 225 mph. The system has intensified significantly over the last 3 days, greatly due to warm water and minimal encounters of dry air and wind shear. The system is currently over Great Abaco Island and heading towards Grand Bahama Island. The worst part of this storm besides the intense winds, catastrophic waves and storm surge; is that the storm is slowing down and will nearly stall over the northwestern Bahamas through early Tuesday, prolonging these destructive effects. 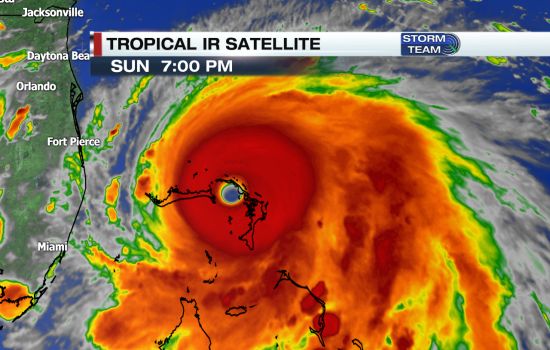 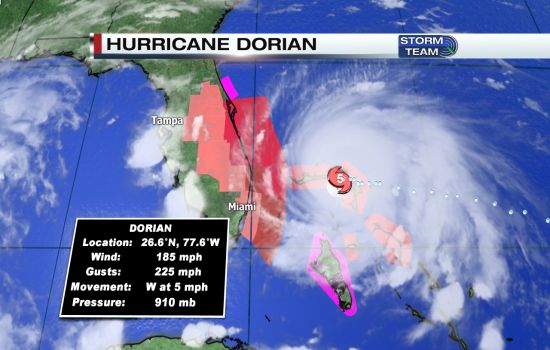 The models currently show a bend towards the north as a trough begins to deepened, but the exact location of this actual turn is tricky, as it exits the Bahamas. The timing of the northward turn could put Florida; within a very close encounter of Dorian on Tuesday and even Wednesday. A cold front from the north will eventually dive down and pass over Delmarva by Wednesday night and be into the Carolinas on Thursday, which would be the final steering mechanism for Dorian. The timing of the northern turn near Florida along with the front later could determine how far inland or offshore the storm will be from Florida to the Carolinas. 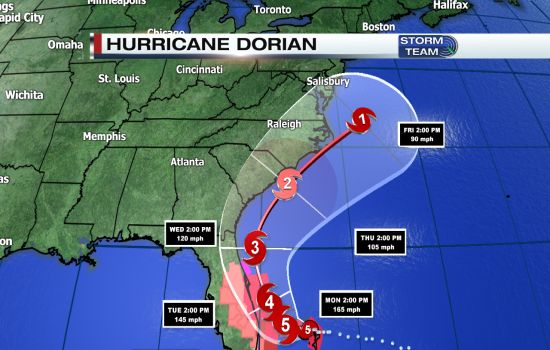 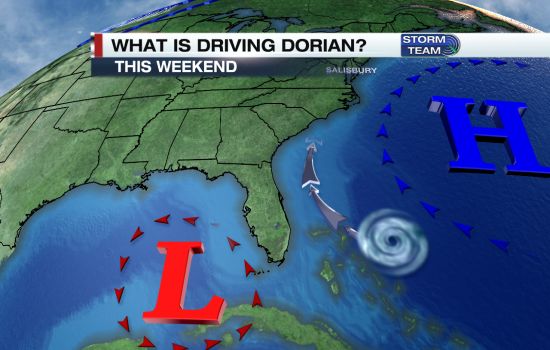 The models do show a good agreement that the cold front will pass Delmarva thus sparing us from the worst of Dorian by Friday. However, there will be some impacts to consider on the peninsula especially along the water. Rip currents will be high for a few days, with rough surf and beach erosion. Coastal flooding from storm surge will be a concern; especially during high tide from Thursday into early Saturday morning on both the Chesapeake and Atlantic. Winds will be strongest along the beach, but overall all of Delmarva will experience breezy conditions on Friday. Rain chances are looking to be minimal with an isolated to scattered variety as of right now; with best chances towards the south and east. 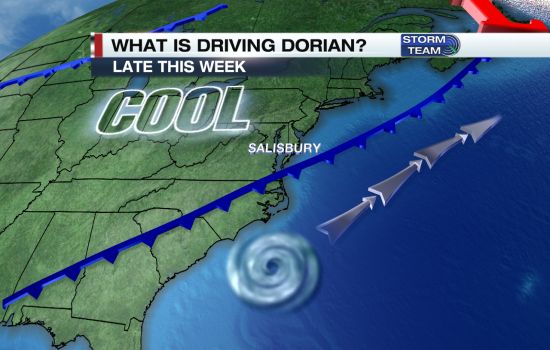 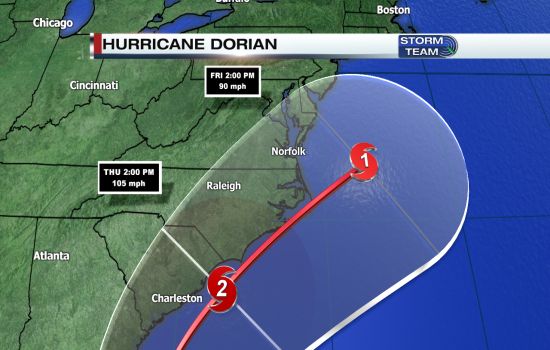 Stay tuned to our Storm Team throughout the next few days for the latest of Dorian and its impacts on Delmarva. Also. don’t forget to download our 47ABC Weather App for to be know about all weather alerts, which include severe, tropical and winter weather.