47ABC – A new policy under the Trump administration would no longer grant automatic citizenship to some military children born overseas.

However, after speaking with immigration attorneys, it appears it will only affect a small number of military families.

In fact, immigration attorney Steven Planzer said most military families should not be concerned with the new policy, because most children born overseas will be covered by birthright,  the term used when a child is born to two US Citizens.

So who will be affected?  The USCIS has put it out plainly in a flow chart showing those would be affected: 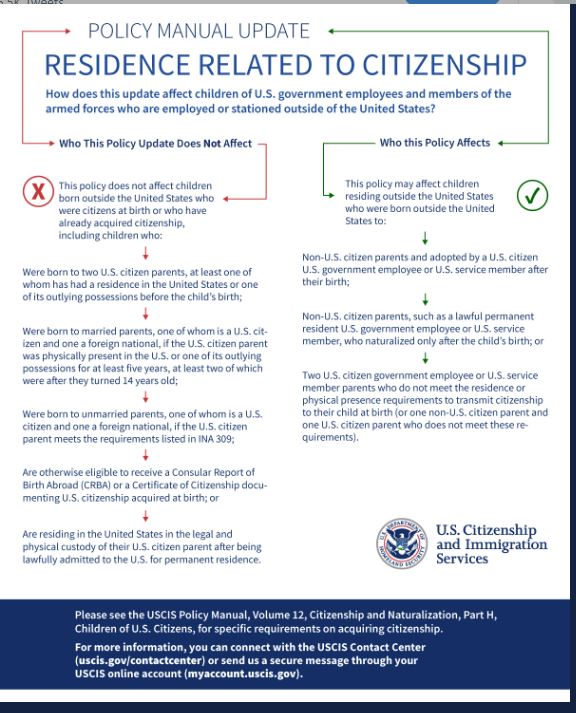 The problem is for those families, they will face a more difficult process of requesting citizenship for their child because of the process through immigration.

“Immigration’s times the vary greatly depending, it could be anywhere between 2 months to 18 months up to four years, five years there’s a lot of lags when it comes to this,” said immigration attorney, Eddie Gonzalez.