A walk to end epilepsy in Ocean City

OCEAN CITY, Md. — This morning on Good Morning Delmarva, Erica Murphy was joined on the desk by Ms. Mary Wontrop, who is the Executive Director of the Epilepsy Foundation of Maryland. Mary stopped by 47 ABC to talk about an upcoming event titled ” Walk to End Epilepsy.” This is their 2nd Annual walk and it will be on Saturday, September 7th, 2019, at 9 a.m. on the Ocean City Boardwalk in Ocean City, Md.   For those who don’t know, epilepsy is a disorder in which nerve cell activity in the brain is disturbed, causing seizures.

The event is a a fun, family-friendly Walk that brings the community together to affect change through care, advocacy, research and education. The Walk to END EPILEPSY will feature various activities for you to explore, including kids games, purple tent, scavenger hunt, and entertainment.

The organization is bringing awareness to epilepsy, especially here on Delmarva because there are very few resources for those who have epilepsy, their families, friends and caretakers. Mary told us here at 47 ABC that one misconception about epilepsy,”it (epilepsy) can affect anyone at any age.” She also says epilepsy is two or more seizures that are unprovoked.” Part of their mission is to bring better awareness to what epilepsy is by providing resources such as support groups, information and referral services, and education.

Mary told us “Over a lifetime, one in 10 people will have a seizure, and one in 26 will be diagnosed with epilepsy. Money raised from the Walk will help fund research and awareness, training programs on seizure recognition and first aid, as well as improved access to specialty and supportive care for the more than 60,000 people affected by epilepsy in Maryland.

Mary says this is not only an event here in Maryland, but there will be a nationwide walk for epilepsy to help bring awareness to the neurological disorder. This is a big deal. If you are interested in walking and/or donating for the Walk to End Epilepsy or just need more general information, you can go www.walktoendepilepsy.org/oceancity or the website for the epilepsy foundation which is Epilepsy.com/Maryland. 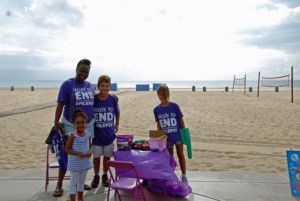 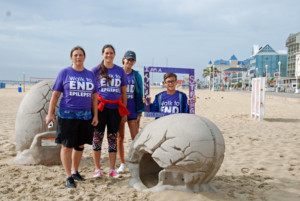 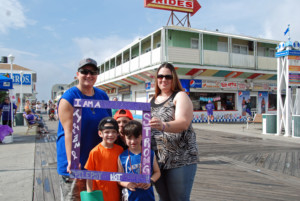