If you are wondering how a typical Memorial Day is on Delmarva, then you are in luck. The climatology for the holiday dates back a 112 years to 1906 and it’s usually mild to warm and dry. The average high on Memorial Day is 79°, with an average low of 56°.  The warmest high on the holiday took place in 2011, with a scorching temperature of 95°, with the warmest low happening just a year later in 2012, at a balmy 73°. The coolest low on Memorial Day, took place back in 1926, with a chilly temperature of 40°, while the coolest high occurred in 1992, at 56°. 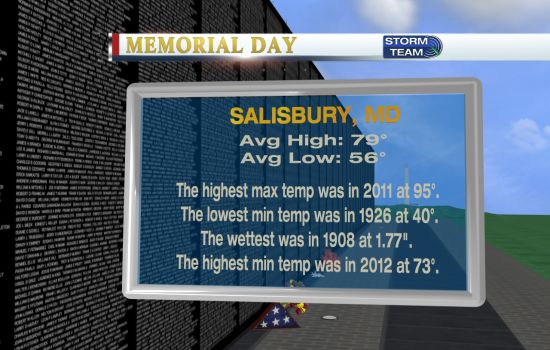 High temperatures commonly occur within the 70s and the 80s, which are achieved 76% (85/112). Since the common highs for the holiday ranged between 70°-89°, it’s highly likely that Memorial Day will either be within 10° above or below average. The 70s are currently holding on to a slim lead over the 80s (45-40), but this year will give the 80s its 41st occurrence, thus narrowing the gap. The 50s however tend to be the rarest highs only taking place 5 times, followed by the 90s and the 60s. 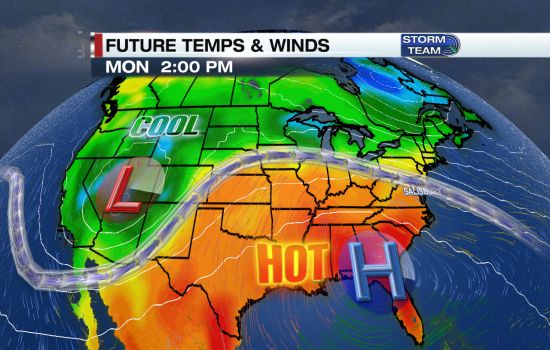 The lows on Memorial Day have a smaller spread than the highs, with 50s being the most common followed by the 60s and 40s. The 70s only took place twice, with one of those taking place this decade. Measurable rainfall on the other hand,  happens about a third of the time, with the wettest Memorial Day taking place in 1908 at 1.77”.  More than half time, the holiday has been completely dry of rain, while the most common amount of rainfall is typically less than an quarter inch of rain. Don’t worry, snow is a nonexistent during this holiday. 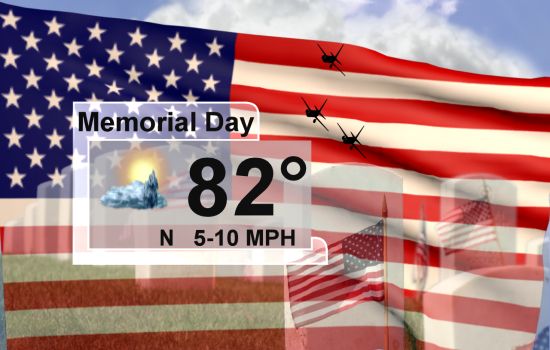 Last Memorial Day, Delmarva was experiencing a fair amount of cloudiness but also showers, which kept highs below average in the upper 60s, but lows slightly above average in the upper 50s. The setup for this Memorial Day is quite different, as a ridge with a strong Bermuda high pressure sits over the southeast all weekend bringing triple digit heat from northern Florida to the Carolinas. Closer to home, we will be affected by that upper level ridge, which will keep our temperatures above average. A cold front however will slide through late on Sunday into early Monday, which will bring our highs down into the low 80s compared to the upper 80s to near 90° experienced from Sunday. Lows on Monday will be warm near 70°, with showers and storms before sunrise, but also a brief chance late into the day.

Have a safe Memorial Day!