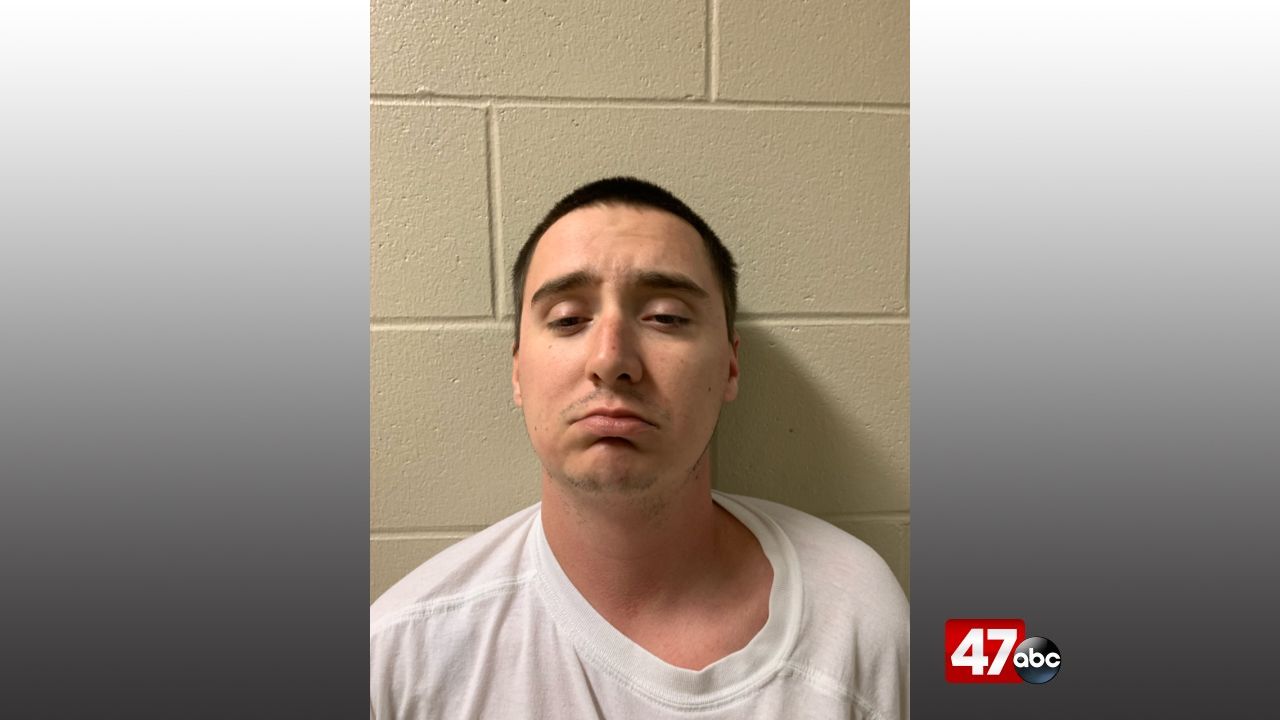 DELMAR, Md. – Maryland State Police arrested a Delmar man Monday night after receiving a report that he was riding a bicycle and causing a traffic hazard on East Line Road.

Shortly before 10 p.m., troopers from the MSP Salisbury Barrack responded to the report on East Line Road, just north of Route 13 in Delmar. On arrival, troopers made contact with 30-year-old Dustin Smack and observed a strong odor of alcohol coming from his breath and person.

Smack reportedly lifted his shirt while talking to troopers, revealing a glass bottle full of alcohol that was tucked into his waistband. He then pulled what appeared to be a semi-automatic handgun out of his pockets and was held at gunpoint by troopers while the gun was seized. After seizing the weapon, it was discovered that the gun was actually a pellet gun that resembled a handgun.

A further search led police to discover more than 10 grams of marijuana, a metal smoking device containing burnt marijuana, and smaller bottles of alcohol in his possession. He was taken back to the Salisbury Barrack, where police say he refused to submit to any field sobriety tests.

Smack was charged with DUI, driving while impaired by alcohol, negligent driving, reckless driving, failure to obey traffic control device, possession of a controlled dangerous substance, and possession of paraphernalia.

Police report a second death from a tornado in Gaylord, Michigan