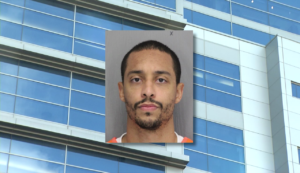 WILMINGTON, Del. – Standing between a life sentence in prison, and freedom, was the verdict Roman Shankaras had been waiting to hear. Not guilty. After three weeks on trial and two days of deliberations, Shankara’s family says now they’re just ready for him to come home.

“I knew he was coming home he’s not a murderer God is good,” said Lillian Oliver, Shankaras’ wife.

Huge smiles and lots of hugs were given after the jury read their verdict, Roman Shankaras  was found not guilty on all counts including first degree murder for the death of Lieutenant Steven Floyd.

“He was prepared for the worst but hoping for the best and now he’s ready to get on with his life,”said Defense Attorney Patrick Collins.

During the trial the state heavily relied on the letters Shankaras wrote to another inmate Royal Downs detailing what had happened during the riot.
They even had Downs testify against him.

“We just put on the best case we could that there was reasonable doubt of his guilt and there must’ve been something in there that the jury down persuasive which I greatly appreciate,” Collins said.

But it seems as though the defense successfully swayed the jury to question Down’s reliability since he had already made his own plea deal with the state. Arguing that he’d say whatever he had to, to keep up his end of the bargain.

“There were significant credibility issues and motivation issues with the Royal Downs,” said Collins.

As for the prosecutions reaction to the verdict? Well they didn’t have much to say.

And despite the long, trying process, Shankaras’ family says they never lost faith.

Shankaras was originally set to be released in 2018, but was held because of the pending charges.  He is now the second inmate to be found not guilty in this case.
Comissioner Perry Phelps released a statement on Thursday’s verdict and said “The news is upsetting, but we continue to be appreciative of the Department of Justice and Delaware State Police who diligently worked a complex case.”