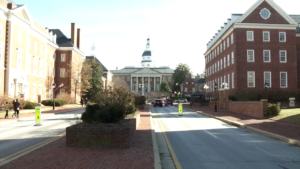 The legislative session is scheduled to end at midnight Monday. Busch died Sunday afternoon at age 72.

Many high-profile bills already have passed, but lawmakers have work to do before adjournment.

The Senate is expected to vote on whether to override Gov. Larry Hogan’s veto of a bill to put five oyster sanctuaries into state law. The measure was sponsored by Busch, and the House already has voted to override the veto.

Another bill relates to background checks anytime someone buys a rifle or shotgun.