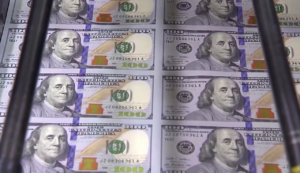 ANNAPOLIS, Md. – “This is certainly in my mind a wise investment,” said Delegate Chris Adams (R-District 37B).

Maryland legislators held a press conference on Tuesday unveiling a new piece of legislation that they say will help improve schools in state. And Eastern shore lawmakers couldn’t help but react.

“It was a little bit alarming for me to hear firsthand that Maryland in particular has dropped down to I think number 11 in the nation where we used to be first,” said Delegate Sheree Sample-Hughes (D-District 37A).

What’s being called the Blueprint for Maryland’s Future, also known as House Bill 1413, could provide nearly $1 billion in funding from the state’s budget over the next two years. Using that money to tackle critical education issues addressed in a detailed report released by the Kirwan Commission.

“This piece of legislation speaks to about a 1.5% increase in teacher’s salaries. It also speaks to the need to ensure the behavioral health programs are available in the school system,” said Sample-Hughes.

While local legislators say they support bettering Maryland schools, some are worried about where the funding will come from. Especially if they have adjust next years budget if bills like the 15 dollar minimum wage increase passes.

“Those bills if that passes will be tremendous expenses to government, to do that and say we’re going to advance the Kirwan commission that surely back to question, how are we going to finance it,” said Adams.

And while the fate of the bill is still uncertain, education officials say by announcing this new piece of legislation lawmakers are taking a step in the right direction. To make Maryland schools better for generations to come.

“I think today marks a turning point for when our state can prioritize public education and show a true investment in our students, our educators, and our public schools,” said Maryland State Education Association President, Cheryl Bost.

In an effort to stress the importance that lawmakers pass this piece of legislation, officials with the Maryland State Education Association are holding a school funding rally next Monday. The rally is expected to begin at 4:30 PM and organizers estimate that the march will draw close to 5,000 attendees.