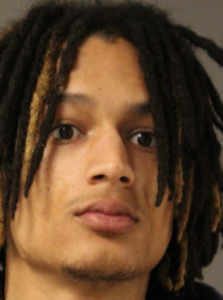 Delaware State Police say on December 17th, around 7:03 p.m., a trooper on patrol in the area of Route 13 and Main Street saw a Ford Fusion with a broken headlight. The trooper pulled the vehicle over, and identified the driver as 23-year-old Zion Cole of Smyrna.

Cole was arrested without incident and taken to Troop9. He is charged with carrying a concealed deadly weapon, possession of marijuana, and possession of drug paraphernalia. Cole is also charged with failure to have two head lamps, operation of an unregistered motor vehicle, and failure to have insurance. He was arraigned by Justice of the Peace Court #7, and released on hi sown recognizance.