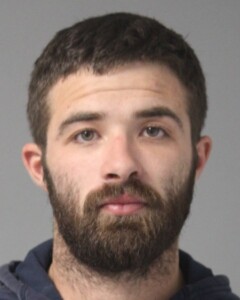 Felton Police say around 7:17 p.m. on December 14th, officers responded to the Royal Farms on South DuPont Highway for a reported road rage incident. A suspect threw a bottle at the victim’s vehicle on Route 13, police say. The two got into an argument, and the suspect backed his car into the victim, pinning him between two vehicles, before fleeing, according to police.

Investigators identified 25-year-old Joshua Paul Dorrell of Henderson, Md. as the suspect. On December 15th, Dorrell turned himself in at the Felton Police Department. He was charged with second degree reckless endangering, third degree vehicular assault, and criminal negligent operation cause physical injury. Dorrell is also charged with reckless driving, driving without a valid license, and littering on a highway.

Dorrell was arraigned at Justice of the Peace Court, and released pending a later court date. He was also given a no contact order with the victim and Royal Farms.