The crew of the 22-foot white center console contacted Coast Guard Sector Virginia Command Center around 12:40 p.m., Sunday stating they were disabled, taking on water, and drifting towards the bridge.

The command center lost communication with the sinking vessel but was given the exact location by a good Samaritan who had contact with the boat. Another good Samaritan assisted by pulling them away from the rocks. A Coast Guard Station Little Creek 45-foot Response Boat-Medium crew disembarked the people from the vessel that had two feet of water on deck. 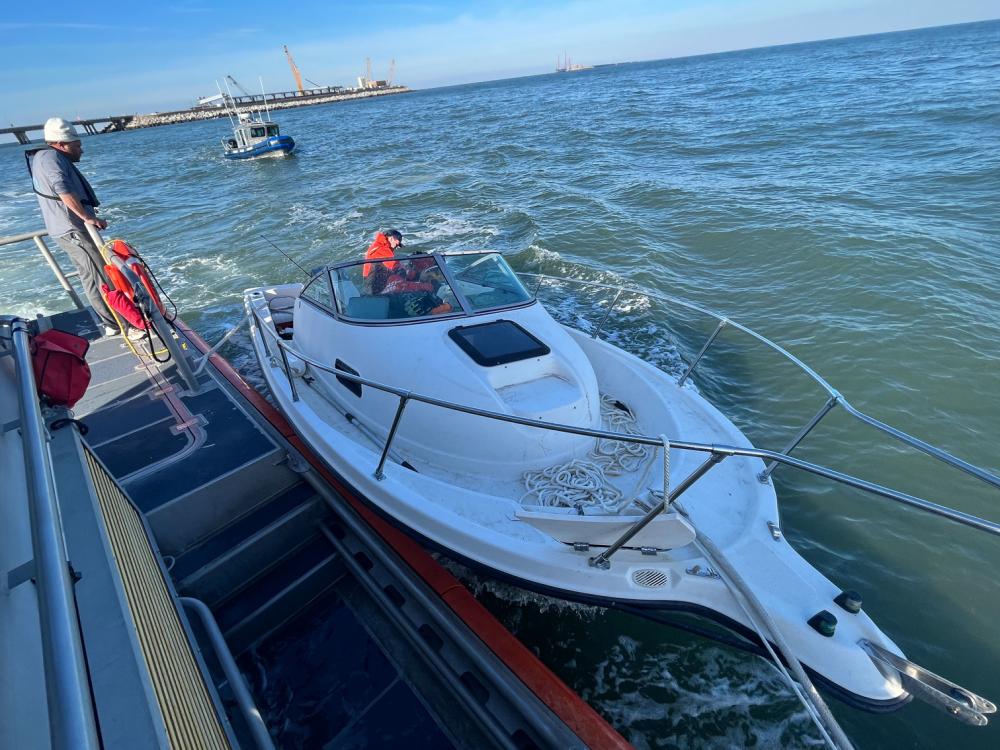 Two station crew members then began dewatering efforts and brought the vessel in a side tow towards Lynnhaven. Coast Guard Cutter Angela McShan was in the area and provided a back-up pump to the Virginia Beach Police who brought it to the station crew as a precaution.

Once in Lynnhaven, the mariners were transferred to a Virginia Beach Police boat and the Virginia Beach Fire Department towed the boat to a nearby boat ramp.

“We heard the original callout from the vessel asking for help and immediately began preparations to launch,” said Petty Officer 2nd Class Kyle Cassidy. “This case was successful because the mariners were prepared with a VHF radio, and both the station and multiple good Samaritans quickly responded.”

They were taken to Lynnhaven Boat Ramp with no reported injuries.