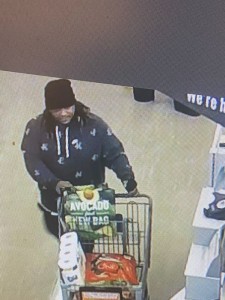 LAUREL, Del. – Laurel Police are asking for the public’s help in identifying a man accused of shoplifting.

On November 19th, around 11:56 a.m., police were called to the Food Lion located at 30214 Sussex highway for a shoplifting incident. Investigators say a man left the store with multiple items without paying for them. He is described as a Black male in his 40s, with dreadlocks to his shoulders. The suspect fled the store in a black Smart Car with red doors, and a Delaware registration, police say.

Anyone with information about this case or the suspect is asked to contact Patrolman Porter at matthew.porter@cj.state.de.us, or by calling (302) 875-2244. Information can also be submitted anonymously to Delaware Crime Stoppers. Tips submitted to Crime Stoppers that lead to an arrest may be eligible for a cash reward.