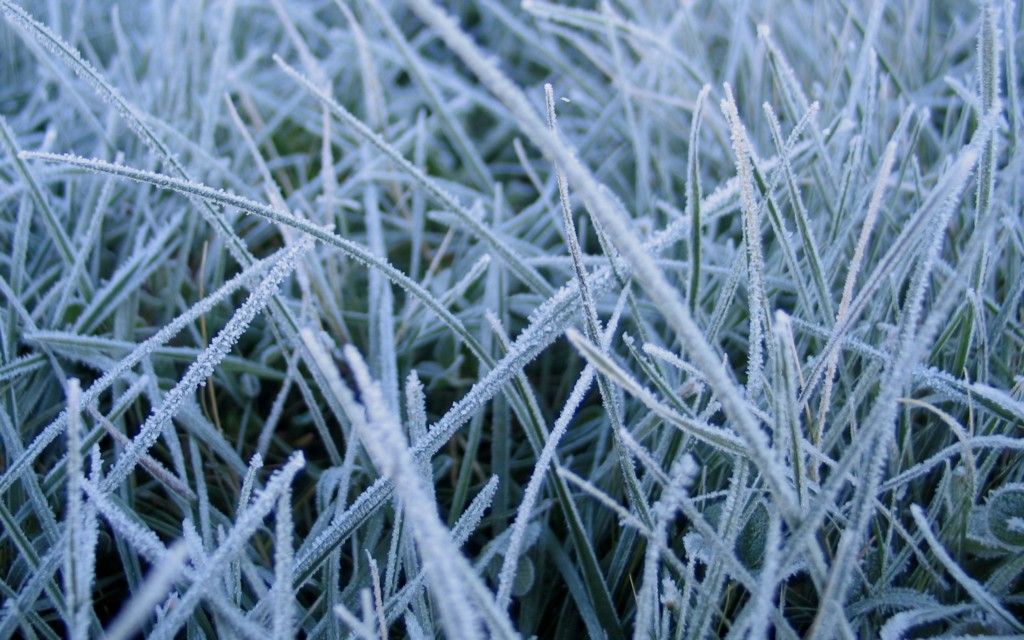 The last 2 mornings have been quite frosty on Delmarva, as temperatures have plummeted into the low to mid 30s. Salisbury has been the coldest location on the peninsula with 32° on Wednesday and 33° on Thursday. The last time Salisbury reached the freezing mark was back on April 29, almost 6 months prior. Dover on the other hand was the mildest in this stretch; at 1° over the frost criteria with both mornings at 37°. 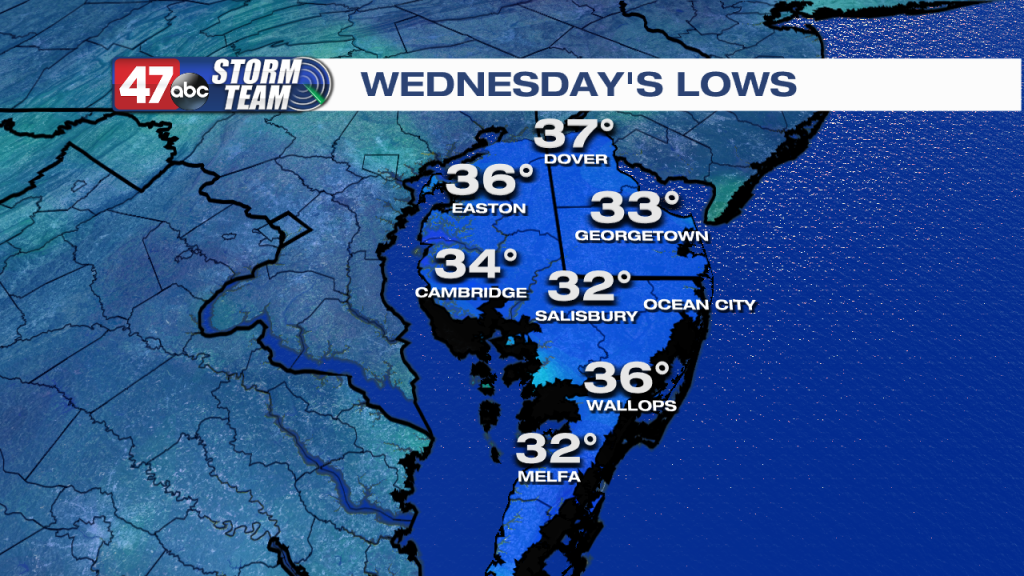 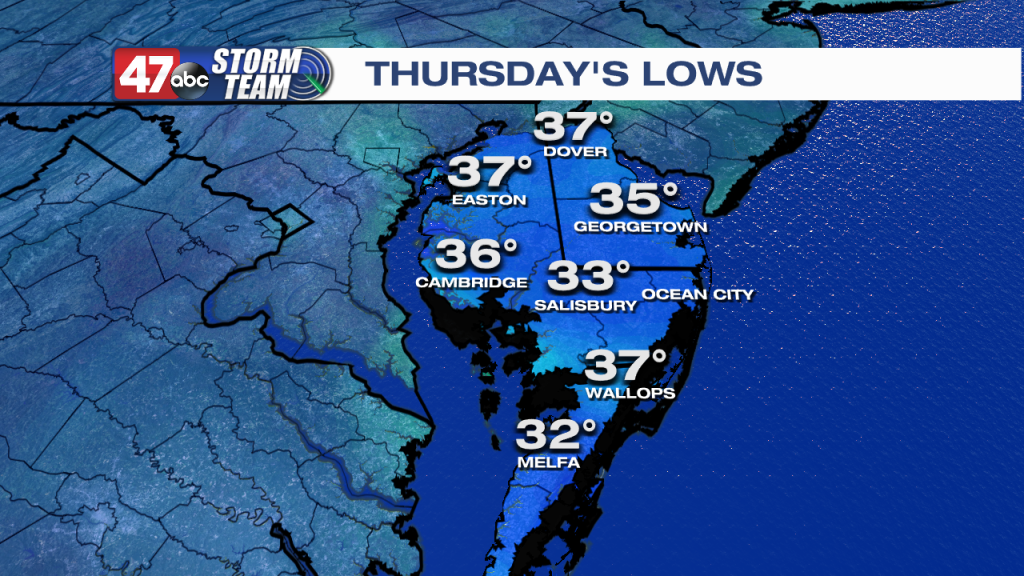 What is interesting about this cold stretch is how early it began on Delmarva. Our average first frost for most of Delmarva tends to be from October 25 to November 10th, with areas along the coast being in mid-November. Keep in mind, that our first sub-40° morning happened early too back on October 9th with a temperature of 37°. Last year, temperatures took a while to drop just under 40° in Salisbury which occurred on November 3rd at 37°, with the 1st frost occurring just two days later on the 5th at 36°.  The last time frosty temperatures were observed in October, we have to travel back to 2019 with a low of 36° on October 19th. The previous time temperatures made it to freeze or even under in Salisbury, we go back to October 22, 2018, with the low of 31°. 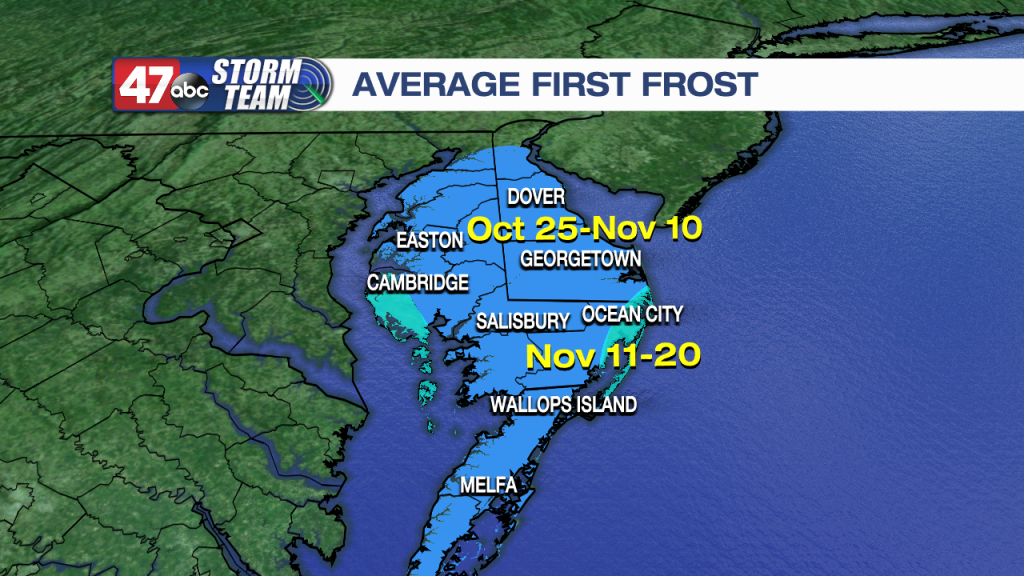 Frost forms when temperatures in the air are around 36° which is measured a few feet off the ground. Cold air sinks leaving the ground temperature cooler at 32°. Water molecules in the air touch a frozen surface and freeze forming ice crystals or frost. This process is known as deposition where water vapor turns into ice. Frost development becomes favorable when skies are clear, winds are light, temperatures are in the 30s along with moisture on both the air and ground.  The National Weather Service will issue a Frost Advisory when temperatures are forecasted to drop between 33° to 36° in cornflower blue. Also, when frost arrives around your area; don’t forget to protect 4 things, plants, pipes, pets and people. 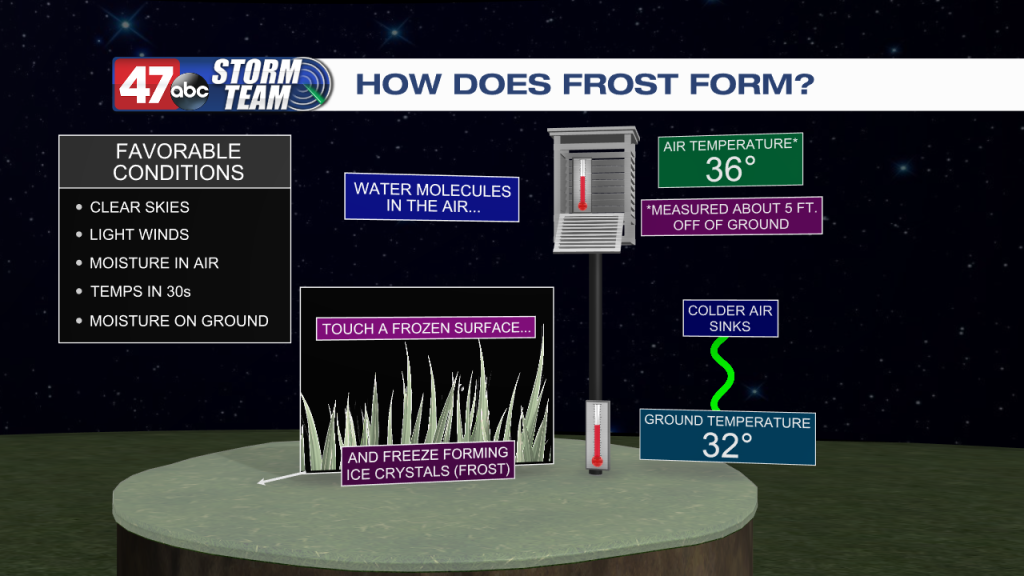