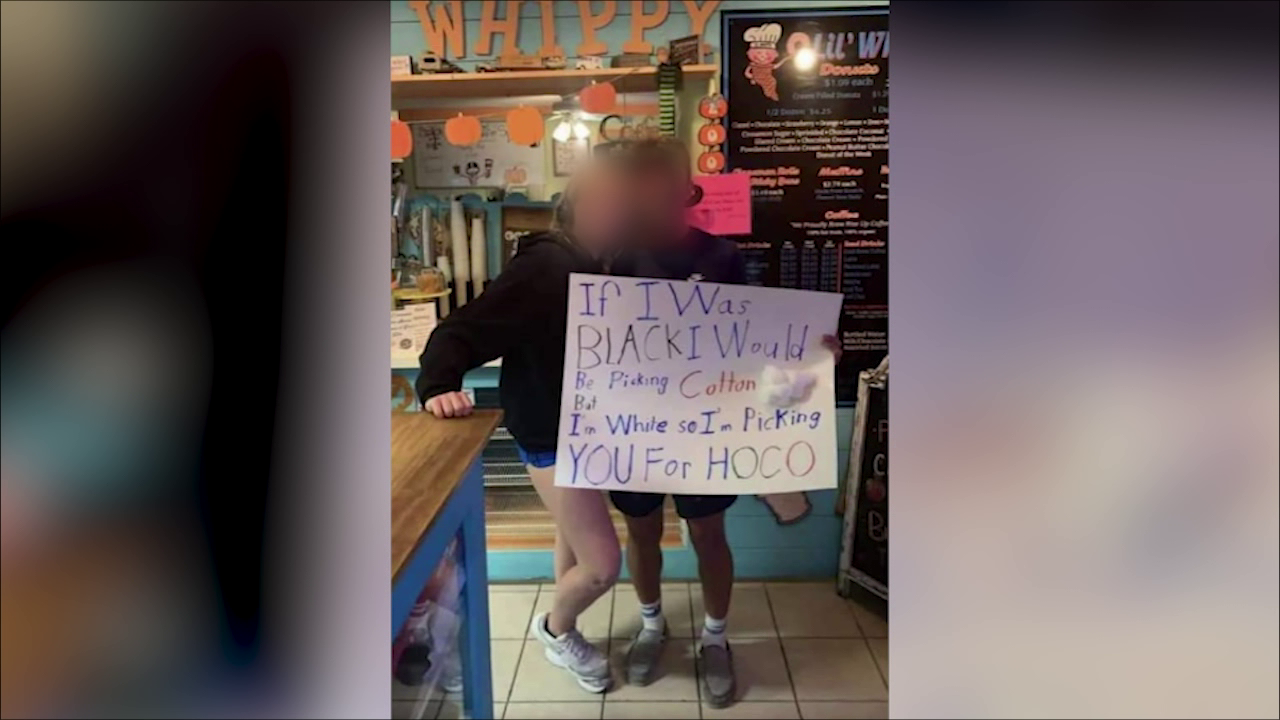 CHINCOTEAGUE, Va. – Steamers Restaurant and Sports Bar in Chincoteague has come under scrutiny after a racially insensitive image was posted online featuring the son of the business owner.

In the image, an inappropriate choice of words was written onto a poster that was then used to ask someone to a homecoming dance.

47 ABC did attempt to reach out to the restaurant but were unable to get into contact with anyone for further comment. However, a statement was released onto the restaurant’s Facebook page which read:

“As some of you have seen, yesterday our son made a mistake that he will regret for a lifetime. He used racially inappropriate words on a poster and presented it to someone in another place of business, Mr. Whippy. To use the words, “We are so very sorry and this is not how we raised our son, nor our belief system”, just don’t seem to convey our true emotions. We are reaching out to everyone, of all colors, but especially our African American friends, colleagues, customers, and those we’ve never met to say that we are sorry, ashamed, and embarrassed of his actions. We are also apologizing to Mr. Whippy, their families, employees, and customers for the extreme hardship that this has put on them. We cannot undo this and nothing will ever make it right, but we are dealing with it at home with hard conversations and appropriate discipline. Again, we apologize and would never condone these words and actions.”