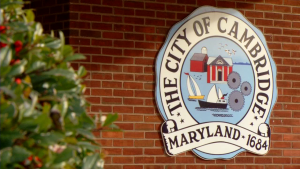 CAMBRIDGE, Md. – Around 3pm on Tuesday, officers with the Cambridge Police Department responded to a call for shots fired in the area of Fairmont Avenue. Their investigation led to the discovery of a male subject lying near a wooded area of Edgewood Avenue who was suffering from multiple gunshot wounds. The victim was pronounced dead at the scene.

We will update this article as more information becomes available.