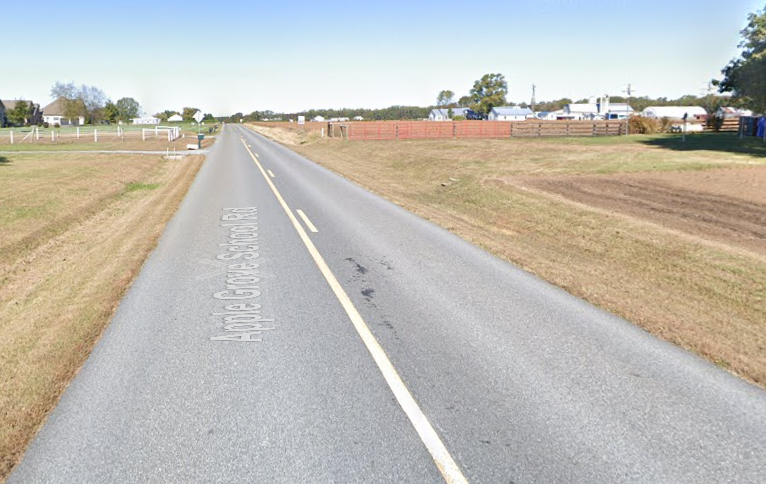 Yarbray was riding in two rows within a large pack of bicycles, police say. He was on the inside, closest to the solid yellow line, according to police. Police say Yarbray in front of him began to slow, but he did not see it, and ran into its rear wheel. He lost control of the bike, and swerved into the southbound lane, according to police.

Police say just as he entered the travel lane, the GMC was approaching the pack of bicyclists. Yarbray was unable to avoid the crash, and police say the front left of the GMC hit the bicyclist near the center of the southbound lane. The GMC went over Yarbray, and it came to a stop on the shoulder, police say.

Apple Grove School Road was closed for about three and a half hours while the scene was investigated and cleared. The crash remains under investigation. Anyone with information is asked to contact Sergeant Wheatley of Delaware State Police Troop 3 Collision Reconstruction Unit at 302-698-8518. Information can also be provided by messaging Delaware State Police on Facebook, or calling Delaware Crime Stoppers at 1-800-TIP-3333.