This hurricane season has been much quieter this year compared to the last 2 years at this time with only 3 storms formed so far; but don’t be fooled, the peak of hurricane season is quickly approaching. 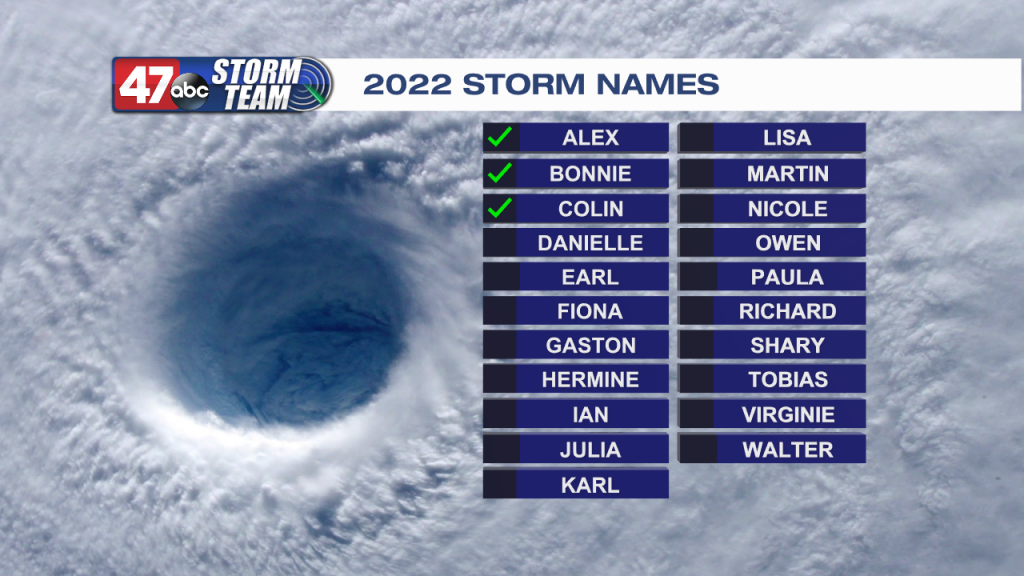 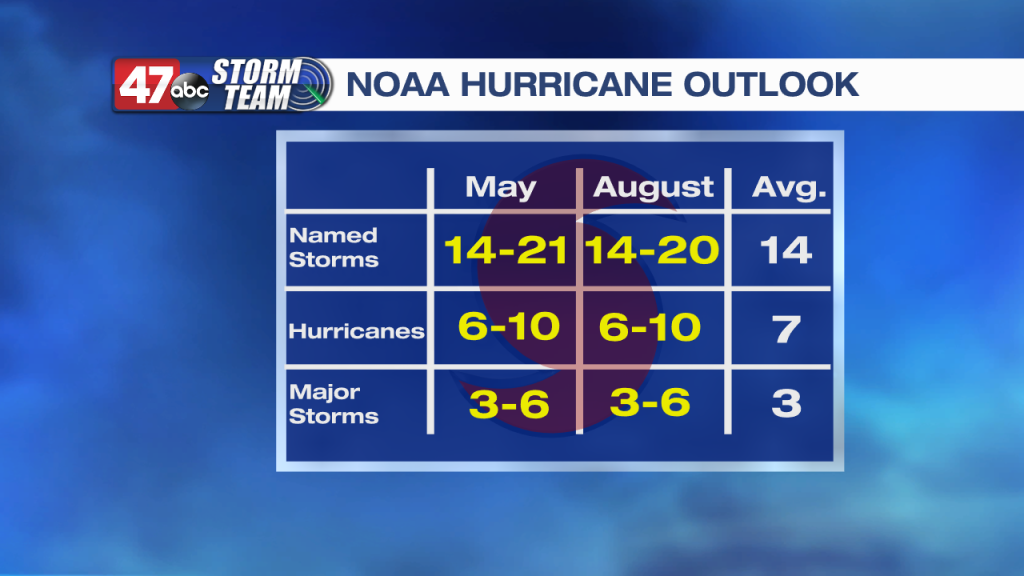 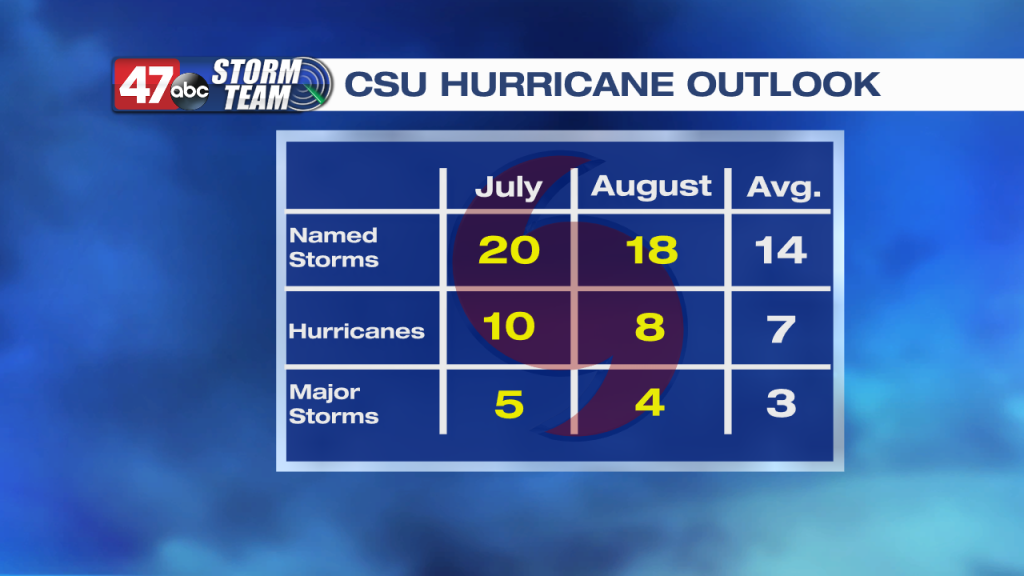 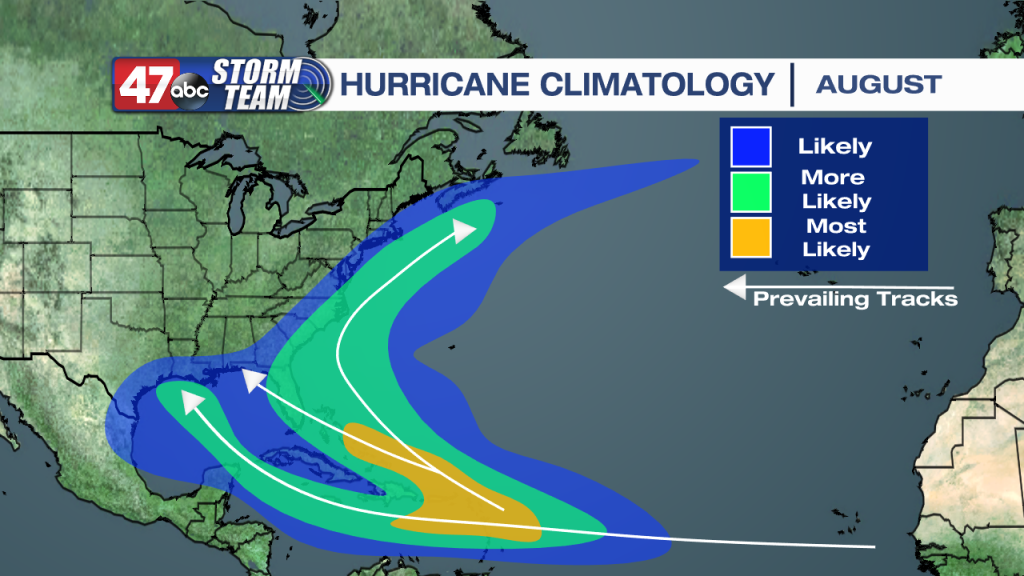 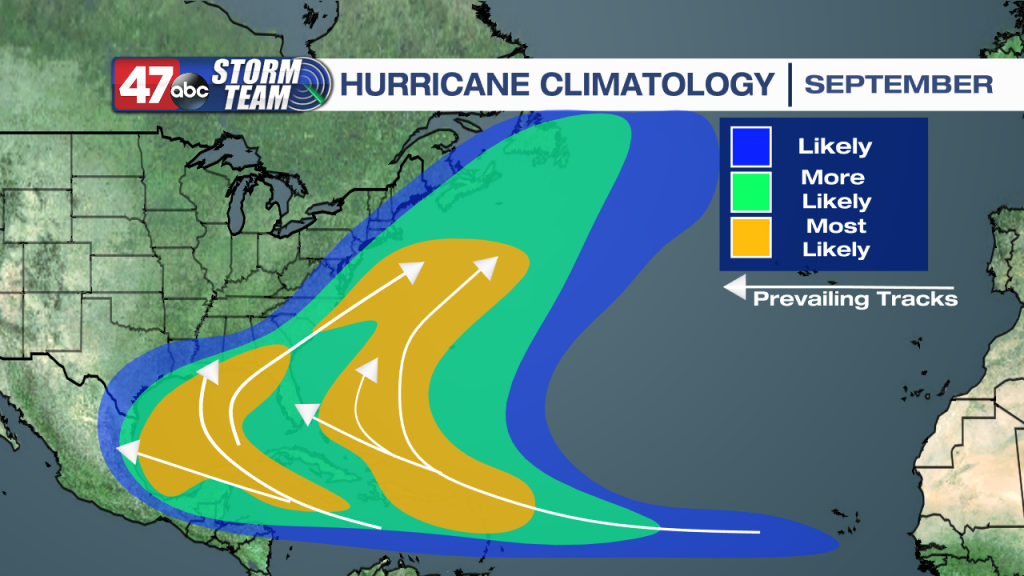 Hurricane season begins to heat up throughout August; as warmer Atlantic waters branches out with tracks as far east as Africa. The area with highest development is over the eastern Greater & northern Lesser Antilles; but areas of likely development include the Gulf Coast & the Eastern Seaboard of the U.S.. September is the peak of hurricane season; specifically the 10th of the month. Areas of most development consist of the eastern Greater & northern Antilles but also the Gulf of Mexico & northwestern Caribbean Sea; with Cape Verde storms from Africa continuing to march from the east as well. The concentration of storm development decreases in October from the northwestern Caribbean Sea through Florida and off the coast of the Southeast; concluding the active months, as the Atlantic waters start to cool. 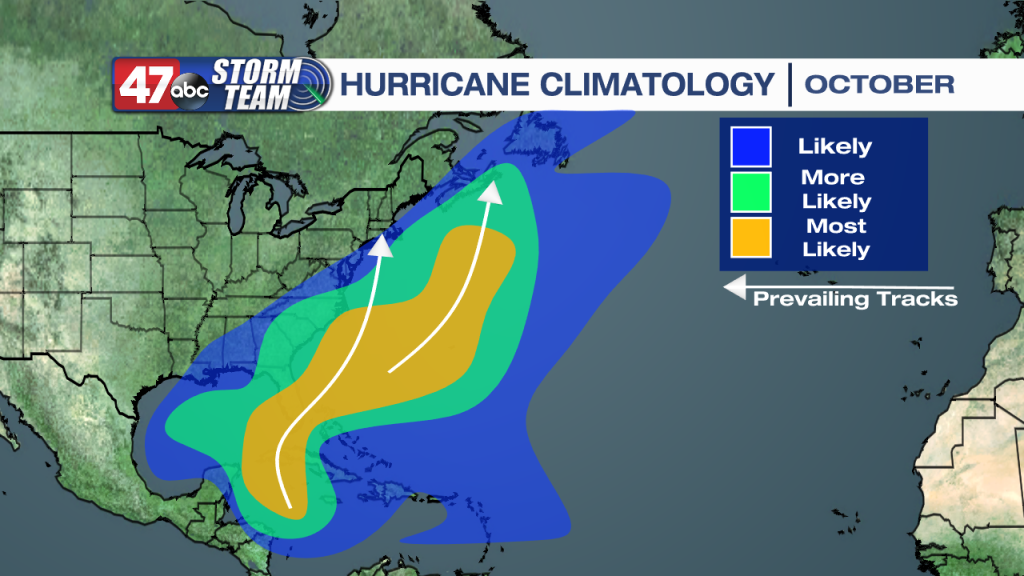 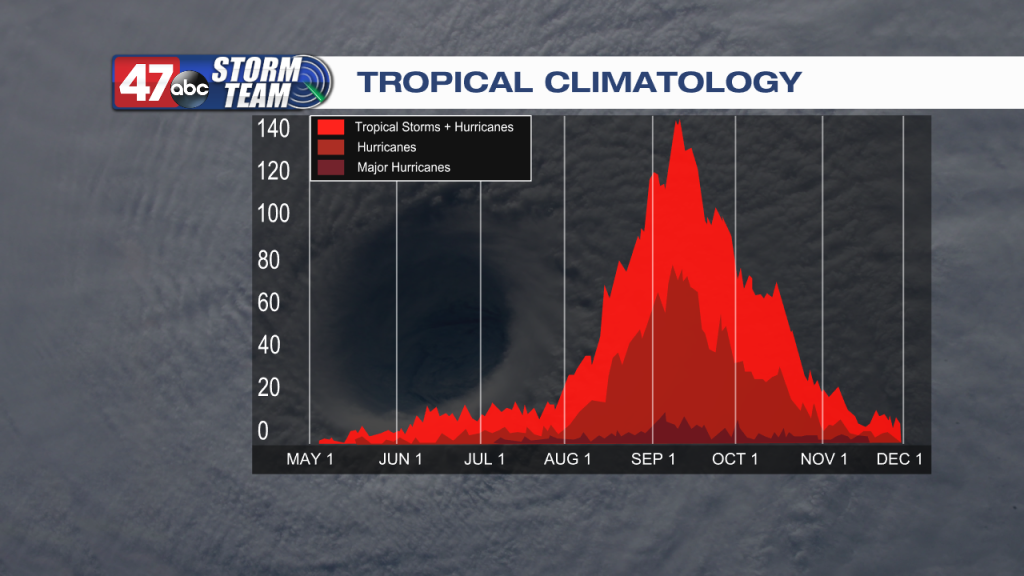