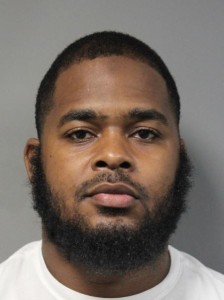 Police say the investigation began after learning that 28-year-old Zakeer Washington was planning to be in the parking lot of Bally’s Casino with drugs. Officers responded to Bally’s and tried to contact Washington inside of a vehicle.

Police say that’s when Washington began ramming police vehicles, trying to escape. He was arrested shortly after. A search of Washington’s vehicle revealed 1.312 grams of heroin/fentanyl, a 9mm handgun, and $2,233 of suspected drug money. It was later found that Washington was also wanted on unrelated charges out of Bridgeville.

Washington is being held at Howard R. Young Correctional Institution on $104,100 cash bail.