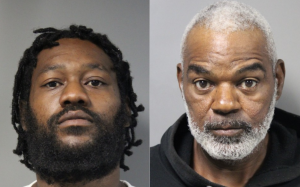 According to police, officers obtained a search warrant for a room at Super Lodge, belonging to Wright. Before executing the search warrant, officers saw Hicks leaving the room and getting into a vehicle. Police tried to stop Hicks, but he fled the scene.

Hicks eventually crashed into a parked vehicle in the parking lot of Top City on North Dupont Highway. He was unhurt in the crash, and arrested without further incident. Hicks was found to be in possession of crack cocaine when he was arrested.

Officers then executed the search warrant on Wright’s room, where was arrested without incident. He was found to be in possession of $742 of suspected drug money, and a small amount of marijuana.