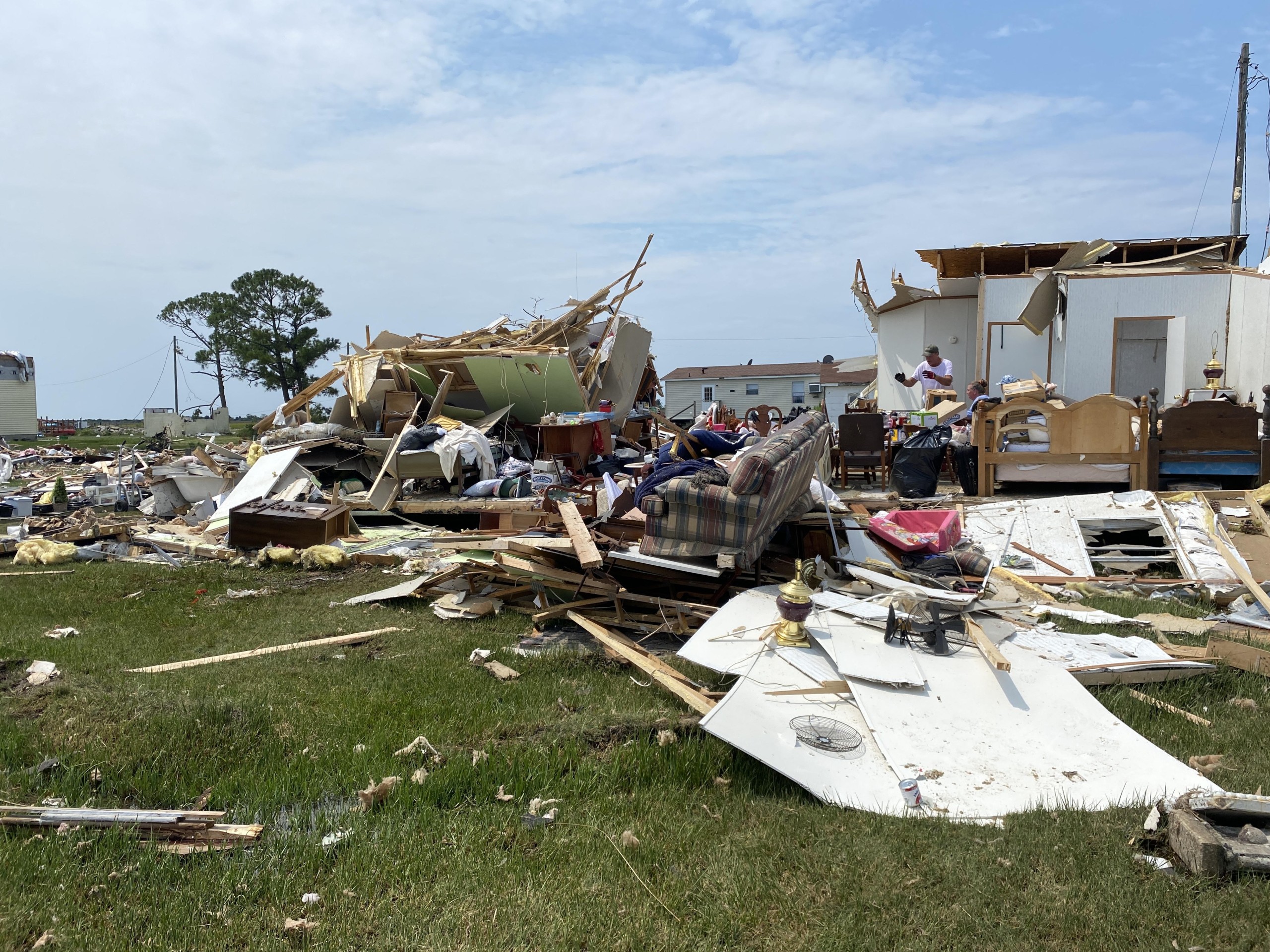 SMITH ISLAND, Md. – The National Weather Service has confirmed that Thursday evening’s tornado on Smith Island was a high-end EF-1.

According to the official survey, the tornado was on the ground for approximately seven minutes, traveled a distance of 2.2 miles, and was 100 yards wide.

The survey found that the tornado began as a waterspout in the Chesapeake Bay just to the southwest of Smith Island before moving ashore, capsizing several boats in Sheep Pen Gut. The tornado then crossed Marsh Road, just to the northwest of Calvary Church, knocking down power poles. The tornado tracked to the north-northeast and reached high-end EF-1 intensity, with estimated winds of 110 mph as it arrived at the intersection of Marsh Road and Smith Island Road. The tornado then ripped off the roof of Island Time Bed and Breakfast, as well as another block building in this area. A mobile home just north of these two buildings was destroyed, injuring one resident.

The tornado continued tracking to the north-northeast, crossing Smith Island Road and moving into the marsh east of Smith Island Road. The tornado weakened some before reaching the north side of the island, but it still severely damaged an outbuilding just west of the post office. It also flipped a golf cart, which fell into Levering Creek. The tornado then moved back into the Chesapeake Bay shortly after crossing Levering Creek.

No fatalities were reported.