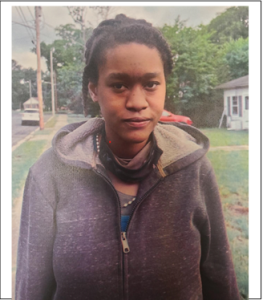 SALISBURY, Md. – Salisbury Police are asking for the public’s help in finding a woman not seen since Saturday.

Hilliard is considered critically missing due to her mental status and paranoia, according to police. Anyone with information on Hilliard’s whereabouts is asked to contact Salisbury Police at (833) SBY-CITY. You can also contact Crime Solvers at (410) 548-1776.