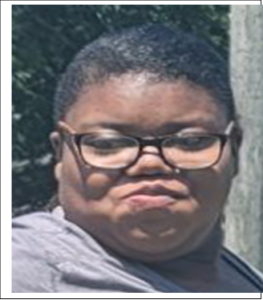 SALISBURY, Md. – Salisbury Police are asking for the public’s help in locating a teen not seen since Friday.

Police say 17-year-old Sheilea Angelique Johnson was last seen at 601 Dover Street around 10:00 p.m. on June 24th. Johnson is described as about 5’06” tall, and weighing 280 pounds. She has hazel eyes and black hair. Johnson was last seen wearing her hair in a ponytail, a gray t-shirt that says “Power to the Females”, cheetah print glasses, and rainbow fuzzy slippers.

Johnson is considered critically missing due to her age, and police say there are no other suspicious circumstances. Anyone with information about Johnson’s whereabouts is asked to contact Salisbury Police by calling (833) SBY-CITY.