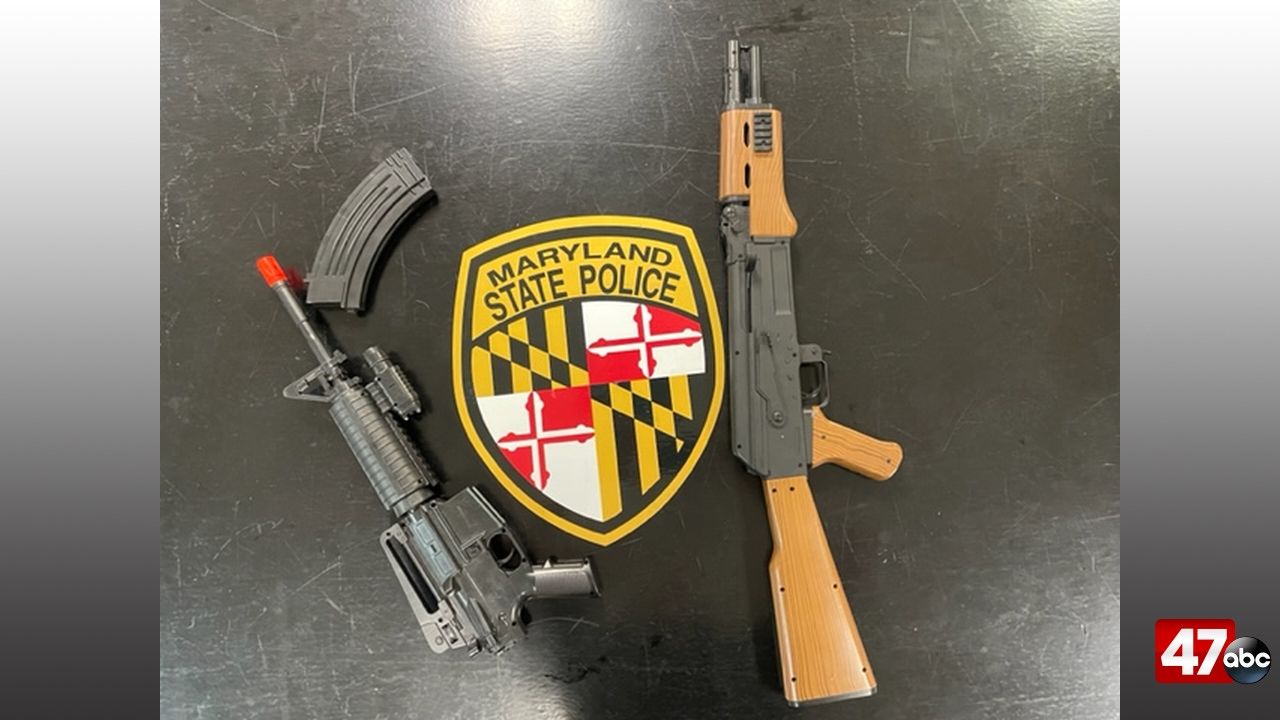 PITTSVILLE, Md. – Two teens have been charged after police say they robbed a convenience store and led police on a chase early Wednesday morning.

At around 4:50 a.m., Maryland State Police troopers received a 911 call from an employee at the Shore Stop in Pittsville, reporting that the store had just been robbed and the suspect had a long gun. The employee reported that the suspect was a male and that he left in a white hatchback vehicle.

A short time later, troopers received another 911 call for a driver driving recklessly in the area of westbound Route 50 and Forest Grove Road. While the caller was on the phone with the duty officer, the caller reported that an object was raised and pointed at him from inside the white passenger vehicle. The vehicle then reportedly went to the Royal Farms located on Walston Switch Road, at which point the suspect(s) went into the store and quickly left the store.

As the vehicle left the Royal Farms, it was noted that the vehicle was being driven without any headlights. A trooper was near the Royal Farms and began to follow the suspect vehicle on westbound Route 50. Units activated their emergency lights, but the vehicle failed to stop and led police on a chase.

The chase ended in the area of Route 13 and Gordy Road in Salisbury after law enforcement successfully deployed stop sticks. The suspect driver and passenger fled on foot but were quickly taken into custody.

No citizens were injured, including the store clerk. Minor property damage occurred due to the inability of the 15-year-old driver to maintain control of the vehicle.

After arresting the 15-year-old driver and 13-year-old passenger, troopers found two weapons inside of the vehicle. The juveniles were unharmed.

The juveniles are currently being held pending a hearing with the Department of Juvenile Services. They have been charged with armed robbery, robbery, first and second degree assault, theft, reckless endangerment, motor vehicle unlawful taking, unauthorized removal of a vehicle, malicious destruction of property, and various traffic offenses.

The vehicle reportedly belonged to a family member who was not aware of the use by the juveniles nor was permission given to either juvenile to use said vehicle.