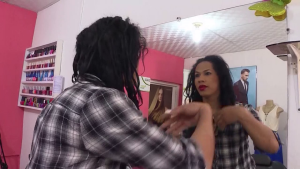 DELAWARE – “When your life is on the news, when your existence is being debated, your access to healthcare or marriage, it can be stressful,” Sussex Pride Executive Director David Mariner said.

Mental and behavioral health, two of the most significant needs for the LGBTQ+ community according to The National Coalition for LGBTQ Health’s Inaugural State of LGBTQ Health National Survey.

“It’s not just a particular subset of people that need much more help as much as it is they have a disproportionate burden of having been treated unkindly and unfairly and need assistance with managing that,” Daniel said.

A Peaceful Place Integrated Care in Dover takes a holistic approach to healing, and offers many services specific to LGBTQ+ individuals including hormone therapy.

Director Ericka Daniel tells us the challenge is there’s not many offices like hers in the first state. “There are providers who are afraid because it seems so big that they don’t want to offer the care because you’re thinking that something is different when it isn’t,” Daniel said.

Sussex Pride, another community resource, says they’ve seen that same challenge as patients have had difficulty with accessing things like Pre-exposure Prophylaxis used for HIV prevention or receiving gender-affirming care for transgender and non-binary individuals.

Some alarming statistics from The Trevor Project show suicide is the second leading cause of death for LGBTQ+ youth ages 10 to 24.

Despite this, experts say more of the younger generation is seeking the help they need sooner rather than later and have a support system to back them. “If you can identify what that issue is early in your thought pattern, how you think about things, how you process things and what that is. If you can fix that, the world is open,” Daniel said.

“I’ve met some amazing parents who are standing up for their trans and non-binary kids and it’s so amazing to see,” Mariner said.

We’re also told that support from family and loved ones has a significant impact on a patient’s journey.

Those looking to find a provider who’s a right fit, Sussex Pride has a full list of them servicing those across the first state, including therapists.

To find out more about A Peaceful Place Integrated Care, click here