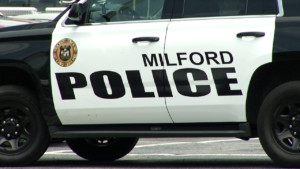 MILFORD, Del. – Milford Police are investigating a homicide. Police say the crime took place in the 100 block of Bright Way, in the Brightway Commons Apartment Complex.

Police say around 10:04 p.m. Friday, officers were dispatched to a shooting in the area. When officers arrived on scene, they found a 34-year-old man behind the apartment building suffering from several gunshot wounds. EMS arrived on scene, and began lifesaving measures. However, the victim succumbed to his injuries on scene.

Investigators believe the victim was engaged in an argument with multiple people, when unknown suspects began shooting at him. Further information is being gathered at this time.

Anyone with information to contact Milford Police Department Criminal Investigations Division at (302) 422-8081. Tips can also be submitted at this link.