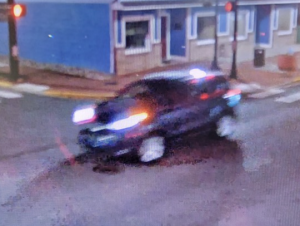 Dover Police are searching for this vehicle in connection with the fatal crash.

On Saturday, officers responded to the area of South Governors Avenue and West North Street for a reported crash. When officers arrived, they found a 71-year-old male bicyclist on the roadway with fatal injuries.

Witnesses told police that an SUV had fled the scene after hitting the bicyclist. The SUV then fled northbound on South Governors Avenue, then westbound on West Loockerman Street, according to police.

Anyone with information about the crash is asked to contact Dover Police at (302) 736-7130. Callers may remain anonymous.